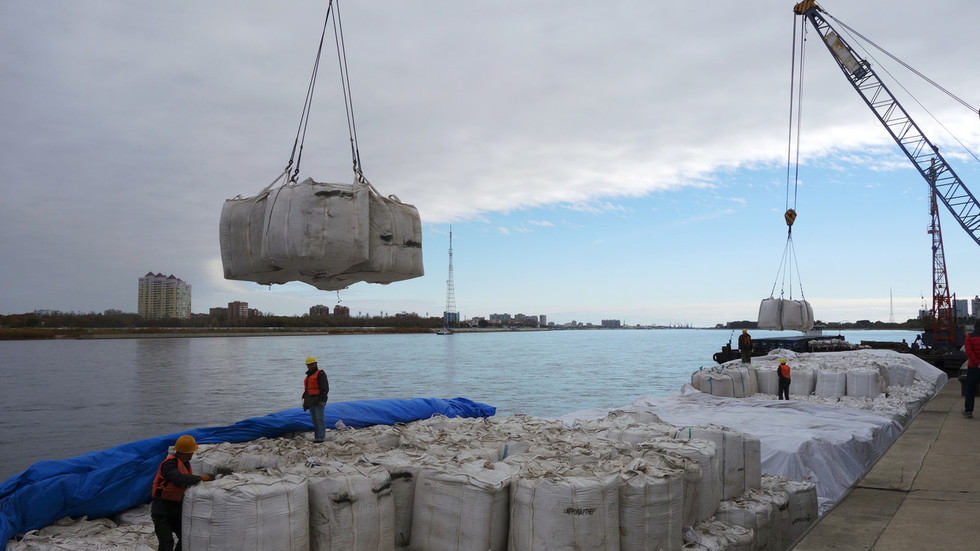 China’s Commerce Ministry said on Thursday that Beijing and Moscow are discussing ways to increase bilateral trade, particularly by increasing imports of Russian soybeans and other agricultural products.

Commerce Minister Zhong Shan met with Russian Minister for Economic Development Maxim Oreshkin this week. They agreed to “deepen trade in soybeans” as China looks to diversify supplies away from the United States.

The agreement follows Russian President Vladimir Putin’s announcement last year that Russia will increase its production and export of soybeans to China. Putin explained that Russia will fill China’s gap in the market, which was left by the protracted trade war between Beijing and Washington.

China has halted the import of soybeans from its biggest supplier, the United States, after imposing 25 percent tariffs on soybean imports. The levy came in retaliation to American tariffs on Chinese goods.

According to the US Department of Agriculture (USDA), “for 2018/19, sales and shipments of US soybeans to China are drastically low, but they are taking place.”

Meanwhile, trade between the neighboring countries, Russia and China, has been growing. In terms of agricultural products and food, the volume of trade rose by nearly 30 percent last year to more than $5 billion. The overall trade turnover between the two countries has seen historic growth to reach $108 billion, beating all forecasts.