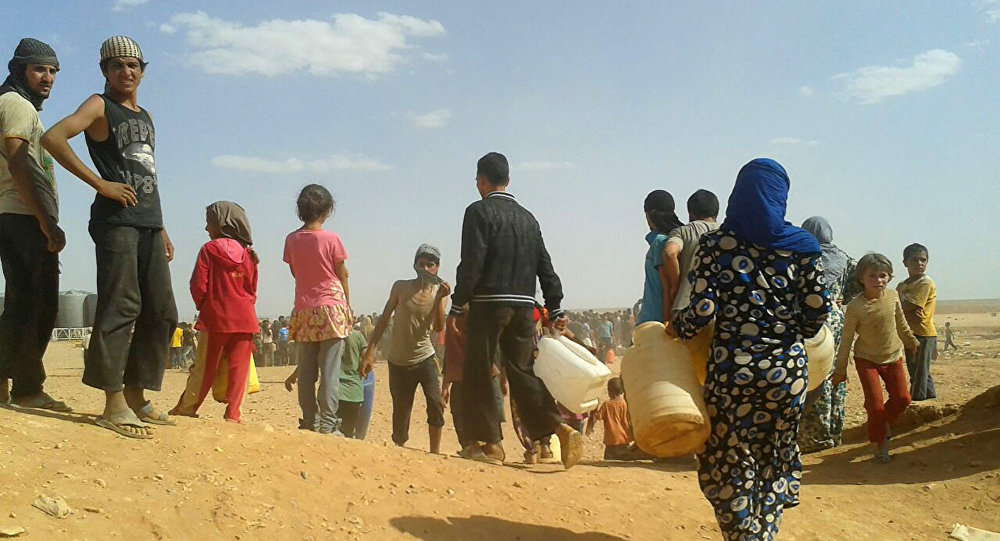 Begum, 19, fled Britain to join the terror group in February 2015, but absconded as coalition forces closed in on its last stronghold in Baghuz, northern Syria. She’d hoped to be repatriated back to Britain, but the Home Office revoked her British citizenship leaving her stuck at the camp.

A footage has been released showing the Daesh flag being raised by the occupants of the northern Syria refugee camp where British-born ‘Daesh bride’ Shamima Begum is currently living, the Sun reported.

In the clip, women and children cheer as a young boy scales a lamp post in the al-Hawl camp and unfurls the black terrorist group’s insignia.

The footage was circulated among Daesh supporters, along with a chilling message.

Separately, women in the camp have been vowing vengeance in the name of Daesh.

Currently the camp, which is run by the Syrian Democratic Forces, is home to over 75,000, housing thousands of women and children connected to the group.

Around 800 people, thought to have once been Daesh members, were released from the camp in June after Kurdish officials ruled they were no longer a security risk.

One of the women released at the time, Safaa Mumen, told the Australian Broadcasting Corporation she was happy to be released, but hoped Daesh would “rule us back again…remain, even extend” in future.

A Kurdish guard at the camp was stabbed 3rd July by a woman who asked permission to go shopping – as she was being escorted out by the guard, she stabbed him in the back.

There have also been unconfirmed rumours of female Daesh supporters burning the tents of displaced Syrian women for talking to men or being seen without a veil.

The notorious refugee camp has swelled in size recently due to the successful efforts of Syrian government and Russian forces, which has crushed the terror group and sent its supporters fleeing.