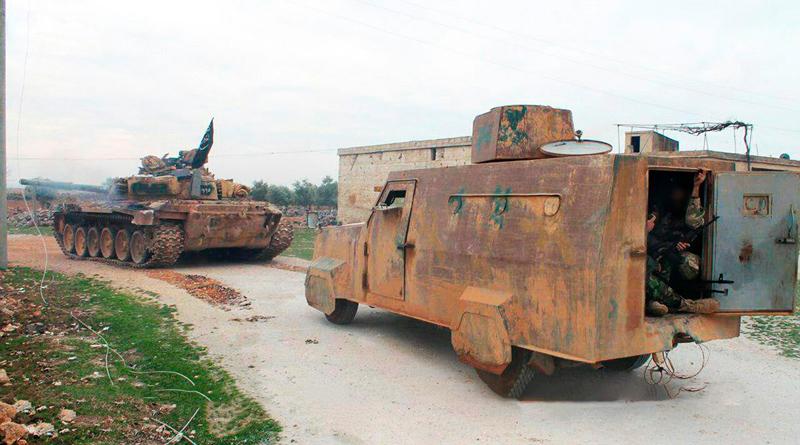 Syrian peace talks were held in Astana in April, and Russia’s deputy envoy to the UN, Vladimir Safronkov, said: “We cannot say for how long this status quo in Idlib can last. It is not viable at all, on the contrary: it is dangerous for Syria and the region.”   Russia and Syria share the unified goal of clearing Idlib of terrorists; however, Turkey and the U.S. are actively preventing the military and political conclusion to the 8-year conflict in Syria.

Damascus and Moscow launched a limited offensive in north Hama and south Idlib in order to pressure the terrorists and Turkish sponsors into reaching a compromise, and as long as Russia is heavily involved in the conflict settlement process, the Moscow-Ankara track will remain at the center of political negotiations.  Idlib province is controlled by Hayat Tahrir al-Sham (HTS) which is a known Al Qaeda branch, even though they tried several disguises to distance themselves rhetorically.

Can Turkey continue to oppose U.S. interests in Syria?

The influence of the U.S. in Syrian Democratic Forces (SDF) held areas complicate Turkey-Russia moves in Syria, and the situation in Idlib and in Kurdish-held areas remain in deadlock.  The U.S. is the occupier of the North East of Syria, by their use of a mercenary army made up of Syrian Kurds, who are a minority in Syria, and are a minority in the area east of the Euphrates River.  Turkey considers the mercenaries (SDF) as terrorists.

Turkey is attempting to turn Hama and Idlib into a never-ending war zone, according to Syrian military analyst Haytham Hassoun.  “During the past weeks, armed groups have been carrying out successive attacks in order to change the lines of contact and control over its geography,” Hassoun continued, “The Syrian Air Force has begun targeting the headquarters of the leadership and launching sites of the terrorist group supported by the Turkish occupation forces.

The balance of power is now in the interest of the Syrian Arab Army, but it is about the  political goal and what Turkey wants by turning this region into a continuous arena of operations. They seek to control new sites through repeated attacks, especially ones that occurred in the past days in the eastern Latakia countryside.”

The U.S. official policy throughout the Obama and the Trump administrations has been the same: regime change. The U.S. has and will use all assets on hand, from rebels to terrorists, to Jihadists, and even mercenaries in order to force President Assad from power.  However, they have never once mentioned who their new appointed leader was to be.

Russia and Syria want the province of Idlib to be restored to its natural state under the administration of the Syrian government.  It is of utmost importance to regain control over the M4 and M5 highways, which connect Aleppo with Latakia and Damascus, as these highways are essential to restoring economic and trade activities. Idlib province is estimated to hold about three million civilians and about fifty thousand HTS terrorists.

The Syrian and Russian air forces retaliated to attacks in northern Latakia, as they hit positions of HTS, and the Turkestan Islamic Party, which is a terrorist group from China, made up of the ethnic group Uyghurs, who have been personally sponsored by Turkey’s President Erdogan.   Jebel Turkman was hit heavily since the terrorists use the Turkish border as a revolving door.

The terrorists had killed more than ten Syrian soldiers, and among them was 23-year-old Ibrahim Ahmad Berri of Aleppo, who was then beheaded.  The killers were of the Turkestan Islamic Party, who then used the dead soldier’s cell phone to call his mother, showing her his head, and finally posted the image on the Facebook page of the fallen soldier.

“Over the day, the militants shelled Jurin settlement in Latakia province and the city of Aleppo in Aleppo province. As a result of the shelling in Jurin, three civilians were killed,” the Russian Center for Reconciliation of Opposing Sides in Syria said.

Major General Alexey Bakin, chief of the Russian Center for reconciliation of the conflicting sides in Syria, said, “Late on 12 July 2019, militants operating in the Idlib de-escalation zone tried to attack the Russian airbase at Hmeymim with the use of unmanned aerial vehicles (UAVs). Russian air defense systems detected and destroyed three UAVs at a safe distance from the airbase. No one was injured. No material damage was done. The Russian airbase at Hmeymim is operating in the routine mode,”

Syria is in a deadlock, but who will take new action to break free?