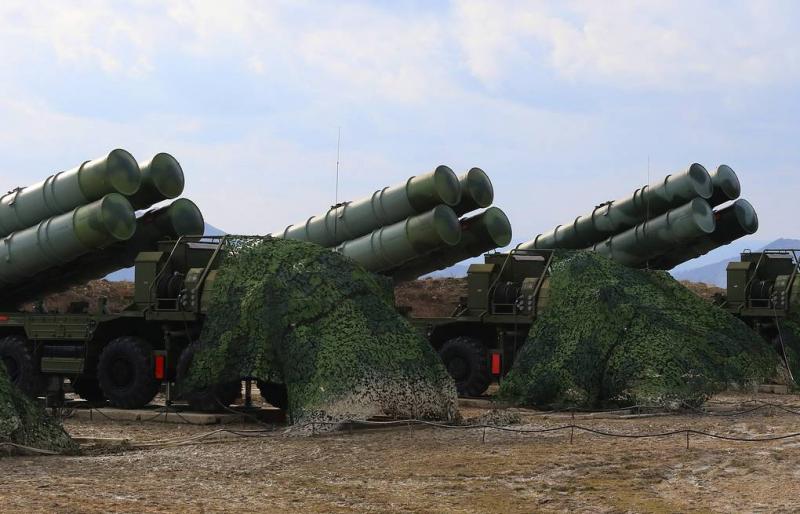 Quickly following US threats to impose sanctions on Turkey following Ankara’s resoluteness in its decision to purchase the S-400 air-defence system, the US State Department raised the possibility of implementing sanctions against India, for precisely the same reason. The Indian government plans to acquire the S-400 in 2020, having just signed a $5 billion deal with Moscow.

Although Russian weapons-exports were impacted by sanctions between 2014 and 2018, Russian weaponry still accounted for 58% of the South-Asian market during that period. The Modi-government is currently engaged in defence-procurement deals with Russia totaling $10 billion in value. These include agreements on shipbuilding, joint production of the Kamov Ka-226 helicopter, and other technology-transfer deals. The Indian government has rebuffed an American counter-offer to sell the Patriot missile defence system and Terminal High Altitude Area Defense (THAAD).

Considering that India’s current fleet of warplanes is aging (a significant proportion of India’s F-16’s are due to be decommissioned before 2027, without significant numbers of replacements planned), the decision to buy the S-400 represents a shift in tactical doctrine. Last week, a senior IAF official was quoted as saying “In case of hostilities, the S-400s will free up our multi-role fighters for other tasks like air-to-ground bombing missions, instead of tying them up in the air superiority role of shooting down enemy fighters.”

Despite Washington’s protests, and threats, both the Indian and Turkish governments have remained resolute in their decision to acquire the S-400. A Turkish government spokesman described it as “not a preference, but a necessity,” and Prime Minister Narendra Modi described India’s position on the S-400 in similar terms during US Secretary of State Mike Pompeo’s recent visit to India.

But why does the global sale of the S-400 pose such a problem to the US?

We can identify at least 4 distinct reasons for the US position:

Firstly, it is not simply that US commercial interests are impacted, but that this also gradually has an incremental ideological effect. This is most particularly the case in terms of the United States’ relationship with other NATO member-states, but the core-logic of this still applies analogously to the United States’ relationship with allies outside of the NATO structure. One of the most underemphasized drivers of NATO-expansion has been that it’s a cash-cow for American defence-contractors, but in this regard, it is not possible to make a neat and tidy distinction between the ideological and commercial levels – they are mutually reinforcing.

Secondly, the process of acquiring and integrating the S-400 system requires significant ongoing involvement by Russian military personnel (training, technical advisors, etc). This is entirely unavoidable. Therefore, by selling the S-400, it is inevitable that Russia gains knowledge about other countries’ military apparatuses, which in turn creates problems for cooperation within NATO-structures, or military cooperation with the United States more generally. In this regard, Russia’s export of the S-400 is having quite a disruptive effect on security-relations between the United States and a number of its allies and former vassal-states.

Thirdly, acquiring the S-400 requires countries to bypass US sanctions against Russia, and therefore to bypass the US banking-system altogether, for the purposes of doing so. While both Russian and Indian officials remain inevitably tight-lipped about the financial channels which are being set up for the purpose of facilitating the S-400 transactions, we know that the sale will be denominated in Rubles and Rupees. The sale of the S-400 therefore serves as a significant, high-profile example wherein sanctions against Russia are counter-productive from an American point of view, insofar as they are one of the factors driving de-dollarization.

Furthermore, the development of this semi-clandestine financial infrastructure, devised to bypass sanctions, will inevitably spread beyond the scope of the defence-sector. Once these structures have been set up, they further enable Russia and her trading partners to bypass other sectoral sanctions. The S-400 is therefore a sanctions-busting lodestar, not only in the context of military procurement, but generally.

This technology-driven and budget-driven obsession with aerial dominance makes it inevitable that the US has no coherent tactical doctrine for theatres of war wherein aerial superiority is all but practically irrelevant, for example urban guerrilla/counter-guerrilla warfare. It is hardly surprising that the worst debacles in the United States’ recent military history have been in urban environments. Some attempts were made to overhaul doctrine following the failure of Operation Gothic Serpent in Mogadishu in 1993, but those attempts never had any chance of succeeding in the face of the power wielded by defence-industry lobbyists.