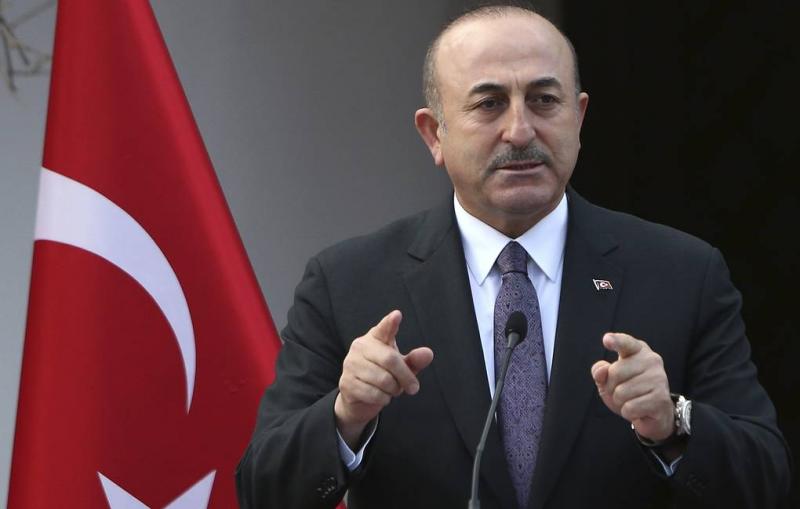 Turkey is ready to take counter-measures, if the United States imposes sanctions over the delivery of Russian-made S-400 air defense missile systems, Turkish Foreign Minister Mevlut Cavusoglu said in a live broadcast of the TGRT television channel on Monday.

“If the United States takes measures against us, we will respond with counter-measures. Of course, we would like our relations to continue as two NATO partners. But if they display a hostile attitude towards us, we will take counter-measures,” the Turkish foreign minister is quoted as saying by TASS.

The Turkish foreign minister also noted that “S-400s are the systems intended to ensure peace in the region.”

Speaking about the US decision to remove Turkey from the program of creating F-35 fifth-generation fighter jets, Cavusoglu said that Ankara was seeking “to produce its own fighters.”

“We treat seriously the production of national armaments. But the F-35s are new technologies and that is why we contributed $1.4 billion and became partners in the program of their development. However, if they do not transfer them to us, we will meet our requirements for fighter jets in a different place: this was the case with S-400 systems as well,” he added.

The first reports about the talks between Russia and Turkey on the deliveries of S-400 air defense missile systems emerged in November 2016. Russia confirmed in September 2017 that the relevant contract had been signed.

Turkey is the first NATO member state to purchase such air-defense missile systems from Russia. The deliveries of S-400 air defense systems to Turkey began on July 12, 2019.

The United States has been making attempts to prevent Turkey from purchasing Russia’s S-400 missile systems. Washington has warned on many occasions that it may impose sanctions on Turkey, if Ankara presses ahead with the S-400 deal.

Turkey has ordered 30 out of planned 100 F-35 fighter jets from the United States. The F-35 is a fifth-generation multirole fighter jet designed using the stealth technology and is capable of carrying nuclear weapons. By now, eight countries have taken part in the project of developing the F-35 alongside the United States: Australia, the United Kingdom, Denmark, Italy, Canada, the Netherlands, Norway and Turkey. Also, Israel and Japan are purchasing these fighters.

The US White House announced on July 17 it was removing Turkey from the program of the F-35 production. The Pentagon specified that this move was not part of sanctions that could be imposed in addition to the decision on the F-35s.

The S-400 ‘Triumf’ is the most advanced long-range air defense missile system that went into service in Russia in 2007. It is designed to destroy aircraft, cruise and ballistic missiles, including medium-range missiles, and can also be used against ground installations. The S-400 can engage targets at a distance of 400 km and at an altitude of up to 30 km.

“Turkey’s presence in Syria gives the US an excuse to protect Syrian Kurds”, an Interview with Alptekin Dursunoğlu