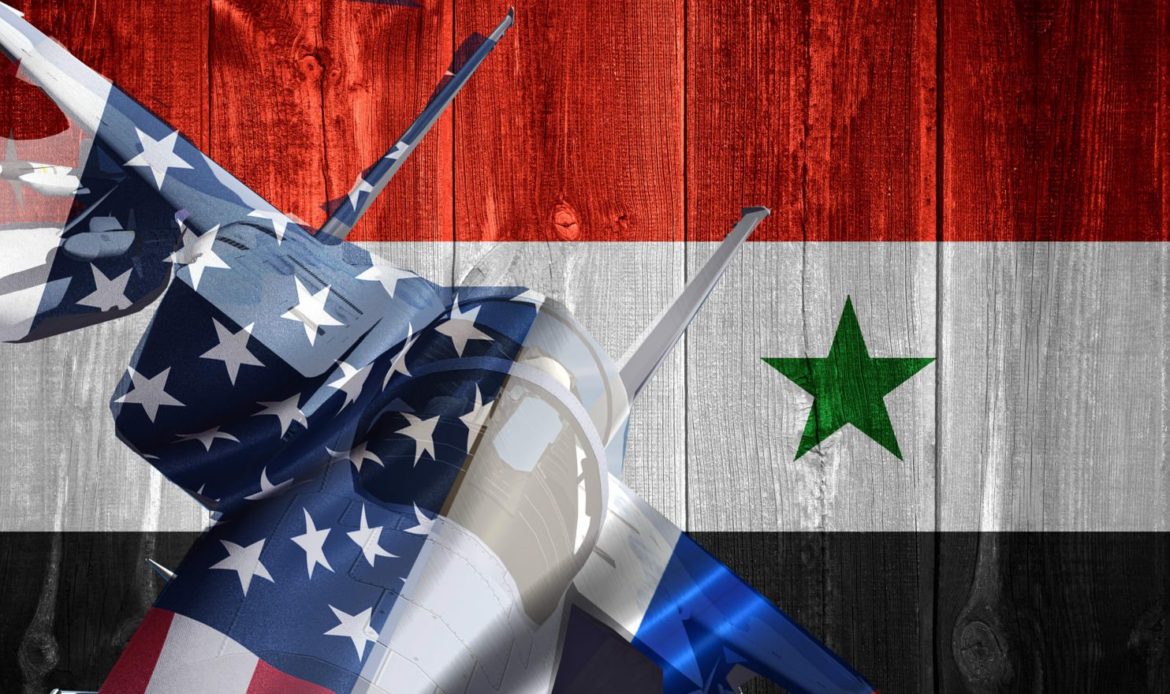 The on-going catastrophe of globalized war and poverty involves the erasure of nation-states and democratic political-economies. Domestic and foreign populations are impoverished and infantilized for the benefit of supranational oligarch classes. Perception managers/propagandists are ascendant as they fabricate consent for toxic agendas.

Intelligence agencies “renovate” governments and police-state legislation is “harmonized”. Coups can be invisible, as was the case in Canada, (see “Canada’s Quiet Coup. Harper’s Conservatives Subservient To US Interests”) or relatively overt as is currently the case in Venezuela.

The following text is an excerpt of Voices From Syria, by Mark Taliano.

Taliano focusses on the broad issue of  Media Disinformation and America’s Wars: Liars Versus Truthers. According to the author, the  “Progressive Left” Has Been Coopted.

Well-documented facts pertaining to the 9/11 wars, all supported by sustainable evidence, have barely made inroads into the collective consciousness of Western media consumers.

The War on Syria is no exception.  Despite the presence of five years of sustainable evidence that contradicts the Western narratives, people still believe the “official” lies.

One of the more prevalent lies about the dirty war on Syria, for example, is that there are so-called “moderate rebels”.  This false cover for certain terrorists groups furnishes Western powers with pretexts for illegally arming and supporting terrorism in Syria.

The FSA went house to house killing everyone in their path.  Whole families were wiped out.  One pregnant woman was seized and her stomach cut open and the fetus hung in a tree.  There were many survivors, despite the fact that 220 dead bodies were later counted at the hospital in Latakia.  The survivors made their way to an empty school in Latakia and took shelter there until the village could be freed by the Syrian Arab Army on August 17, 2013.

During the sectarian massacre, 100 small children and a few females were kidnapped by the FSA.  They were taken as captives to Selma, which was and still is occupied and held by the FSA.  The children and females were tortured.  They were all held underground without sunlight.   One boy had his eyes gouged out, and another boy was shot through the head.

About 2 weeks later the FSA used those children to create a video.  They drugged the 100 children and arraigned them in poses on the floor to appear dead.  They created many videos using their captives as actors.  The video was sent via cell phone to a contact person in Damascus.  It was that person who later uploaded the famous Sarin Chemical attack video on YouTube.com

after 9 months of captivity, 44 of the original 100 kidnap victims were released from Selma to a hospital in Latakia.  Their release was part of the deal which also released terrorists in the Old City section of Homs.  However, the remaining kidnap victims continue to be held in Selma.  On May 8th some of the captives began to give testimonies about their time in captivity in Selma with the FSA.  They said most of the terrorists were Syrian but that they did occasionally hear foreign languages spoken.  From other sources, we know that Selma was home to many Australian terrorists, especially from the Sydney area, which also had ties to Latakia.  Those Australians would be able to speak Arabic with a Syrian accent, and also speak English very well.

The notion that these un-Islamic murderers are somehow “moderate”, is patently absurd, yet the “Big Lie” is sustained in the West by a “consensus of ignorance” which is protected by what Prof Michel Chossudovsky describes as an “American Inquisition”. Beneath the protection of this psychological operation, the engineered enemy is Islam, and the Global War On Terrorism (GWOT) has become a brand to disguise imperial wars of aggression as “humanitarian”.

Thus, huge sums of public monies are diverted from worthwhile, domestic projects such as healthcare schools and roads, to support a criminal Project for a New American Century (PNAC) that is globalizing death, poverty, and destruction as the U.S led empire tries to impose a unilateral model of control over the world.

The U.S is said to be “exceptional”, and therefore the rightful ruler. Manifest Destiny writ large.

Dissent is suppressed within the framework of corporate media monopolies.  Predominant narratives are supported by corrupt “NGOs” – totally bereft of objectivity — and intelligence agency “fronts”. Real investigative journalism offering historical context and legitimate evidence are relegated to the fringes, far outside the domain of the broad-based “consensus of misunderstanding.”

The foundational sources upon which the pretexts for war are built and perpetrated are taboo topics, despite longstanding evidence that the official narratives explaining the crimes of 9/11  – and the subsequent “Gladio B” operations — are flawed.  The truth is seen as “heresy”, and fact-based narratives are derided as “conspiracy theories”.

Thus, a firm foundation of lies that serves as a sanctified justification for global war and terror, remains strong.

But the stakes are high, as Western hegemony presses us closer and closer to a real prospect of widespread nuclear war.  Already, the use of nuclear weapons is being “normalized” through the introduction of “mini-nukes” into the equation, and the blurring of lines between conventional and nuclear war.

Chossudovsky explains in “Is the Bush Administration Planning a Nuclear Holocaust?|Will the US launch ‘Mini-nukes’ against Iran in Retaliation for Tehran’s ‘Non-compliance’?” that

“The Doctrine for Joint Nuclear Operations outlines the procedures governing the use of nuclear weapons and the nature of the relationship between nuclear and conventional war operations.

The DJNO states that the:

‘use of nuclear weapons within a [war] theater requires that nuclear and conventional plans be integrated to the greatest extent possible’ (DJNO, p 47, For further details see Michel Chossudovsky, Nuclear War against Iran, Jan 2006 )

The implications of this ‘integration’ are far-reaching because once the decision is taken by the Commander in Chief, namely the President of the United States, to launch a joint conventional-nuclear military operation, there is a risk that tactical nuclear weapons could be used without requesting subsequent presidential approval. In this regard, execution procedures under the jurisdiction of the theater commanders pertaining to nuclear weapons are described as ‘flexible and allow for changes in the situation …’ ”

The initial uprisings were marred by foreign-backed violence perpetrated against innocent people, soldiers, and police. Peaceful grassroots protests were hijacked by these murderous foreign-backed elements (as was the case in Ukraine) – all consistent with “hybrid war” as elaborated by Andrew Korybko.

The illegal sanctions imposed by the West – which benefit the terrorists and punish Syrian citizens – coupled with terrorist practices of theft and hoarding of humanitarian aid – are responsible for the starvation.

Assad is a democratically elected reformer, and hugely popular with Syrians, not a brutal dictator. Claims that he “kills his own people” were further debunked when the so-called “Caesar photos” evidence was proven to be a fraud. Many Syrians criticize Assad for not carpet bombing terrorist occupied areas (as US occupiers did in Fallujah, for example).  Syrians sometimes refer to Assad as “Mr. Soft Heart”.

Unfortunately, though, the well-documented truth is not yet widely accepted.  We need to shatter the “Inquisition” which serves to protect the criminal cabal perpetrating and orchestrating this global catastrophe.  Truth and justice must prevail over lies and crimes.  Currently, the opposite is the case.

The original source of this article is Global Research Copyright