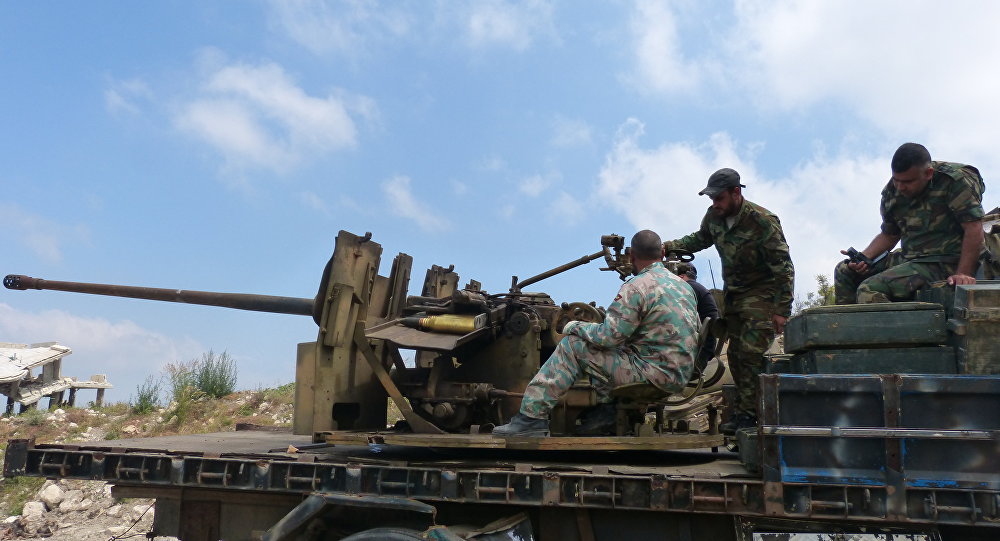 The Syrian Arab Army has resumed their artillery strikes on the “Jaysh Al-Izza” town of Al-Zakah after the militants remained inside the demilitarized zone.

According to a source near the front-lines, the shelling came in response to the Syrian Arab Army’s calls for the militants to immediately withdraw their forces from the demilitarized zone.

He would add that the terrorist are not likely to abandon their posts inside the demilitarized zone, as some of these areas are important militarily.

However, a short while ago, “Hay’at Tahrir Al-Sham” announced that they were willing to comply the ceasefire, but warned they would attack if a single shell fell into their territory.

Despite the tit-for-tat attacks, the Syrian and Russian air forces have remained absent from the skies of northwestern Syria.

These air forces will likely remain grounded until there is a clear indication that the militants will not withdraw from the demilitarized zone.

The original source of this article is Al-Masdar News