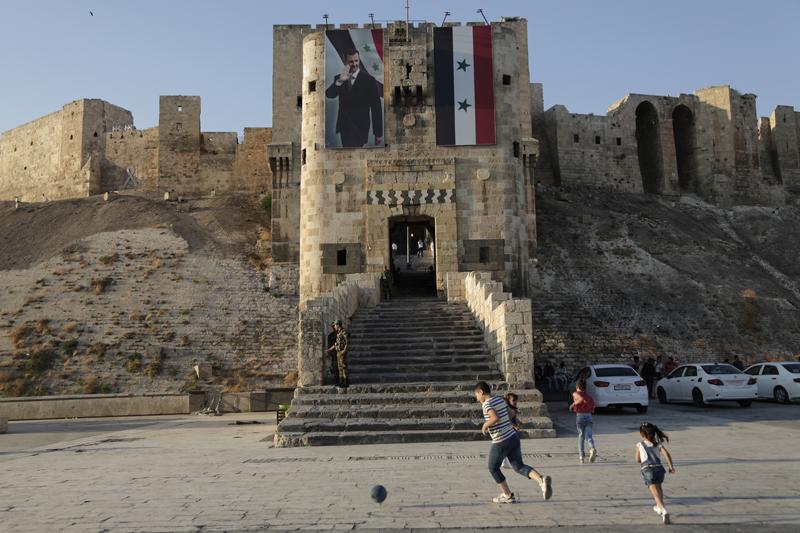 The Syrian population residing in Syria is suffering from having barely survived eight years of war.  They didn’t leave for camps in Turkey, Jordan or Lebanon, or they are those who have returned to Syria from having been in camps.  They did not take a smuggler’s boat ride to Greece and did not end up in Germany with a free house, food, education, and job prospects.  For one reason, or another, they are the Syrians who stayed, had hope of the war ending, and they outnumber those who left the country.

They turn on the TV daily and are dictated to by Syrians speaking from Paris, London, Berlin, Stockholm, Doha, Riyadh, and Istanbul.  The picturesque background image of each guest is breath-taking.  The Syrians watching are being told how they should think, behave, and what type of government they must demand in the future of Syria.  Strangers in the most luxurious and exotic place dictating what their future should be, and falsely claiming to be representing them.

The National Coalition for Syrian Revolutionary and Opposition Forces (SNC) is a coalition of opposition groups, none living in Syria.  It was formed in 2012 in Doha, Qatar, and is recognized internationally as the “legitimate representative of the Syrian people”.  In 2013 in Istanbul, the SNC appointed Ghassan Hitto as Prime Minister of the interim Syrian government, even though he was unheard of inside Syria but well known in Texas.  He was born in Damascus, but left as a teenager and became a U.S. citizen.  He was associated with the Muslim Brotherhood; however, the Saudi supported faction in the SNC would not accept him, as he was supported by Qatar.  Saudi Arabia considers the Muslim Brotherhood as terrorists, but Qatar embraces the ideology. Because of Pres. Obama and the U.S. Congress support the SNC many felt Ghassan Hitto was the best man for the job since he was an American.  However, after a short period in office, he resigned.

The SNC has recently elected Anas al-Abdah as President.  He is affiliated with the Islamic Movement, and was born in Damascus, but studied in Jordan, and settled before 2006 in London, UK.  Syrians on the ground don’t know him.  The Prime Minister is Abdul Rahman Mustafa, who was born on the Turkish border and is ethnically a Turkmen, and has been living in Turkey for decades, and is unknown in Syria. The SNC claims to represent the Syrian people, yet their leadership is made up of men who have chosen to live outside of Syria for decades before the war, and have no connection to the Syrians on the ground.  However, very recently the SNC has opened an office in Azaz, north of Aleppo on the Turkish border.  The area is under occupation by the Free Syrian Army who are being supported by Turkey. The SNC is desperate to establish themselves inside Syria after 8 years of war.

“The new SNC leadership will not bring about much change to the work of this opposition institution that has proved to be a failure since its formation in late 2012. One can hardly say that the SNC and the interim government represent the entire Syrian opposition, given that the Muslim Brotherhood are nearly totally controlling them,” said Ahmad Barhou, a media activist in Northern Syria.

4,380 Syrian refugees have been deported from Turkey to Syria through Bab al-Hawa crossing near Idlib since July 13.  Pres. Erdogan is a supporter of the Muslim Brotherhood; however, his domestic grip on power has been weakened and his opposition wants the Syrian refugees to go home.  He started a security campaign to ease domestic tensions by kicking out Syrian refugees, who are following the Muslim Brotherhood ideology.  The SNC did not comment on the deportations because their headquarters are in Istanbul, and they are guests benefiting from the generosity of Erdogan.

The international community stood by in support of the SNC, but not of the Syrian civilians on the ground inside Syria.  The humanitarian aid went to only those living outside of Syria in camps.  Only those going to Germany were given housing, food, education, and jobs.  Had the international community supported the Syrians suffering through war, they could have remained inside Syria, without having to risk drowning at sea, or human trafficking in Europe and Turkey.

Uprisings can start with a handful, but a revolution needs huge support on the ground to be successful.  The foreign planners, funders and their mercenaries used lost the war due to the miscalculation of support on the ground.  The vast majority of the Syrian territory is under government control, and normal life is resuming, but hampered by U.S. and EU sanctions which prevent rebuilding.  The Islamic State of Idlib presents a problem but is not insurmountable