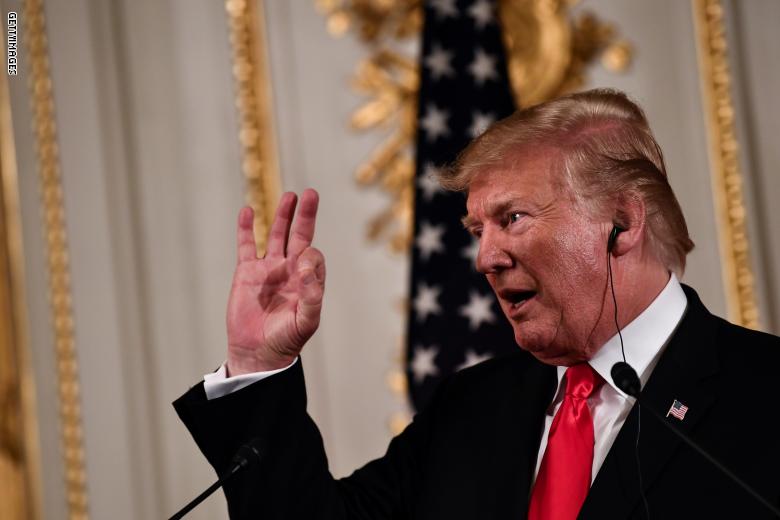 More suffering has been ordered up by the US President Trump for the innocent Syrian civilians.  The end of the war was in sight, and they could begin to rebuild their lives, but the US has ordered their only source of fuel to be seized.

Syria used to be energy self-sufficient, with oil and gas wells in many locations, pumping out the national needs.  When the terrorists took control of the oil and gas wells, the products were sold to Turkey, and in some cases, Turkey re-sold them to Europe.  The Pentagon hired the Syrian Kurds as a militia and they took occupation of the best-producing oil fields in the North East.

Without access to their own oil wells, Syria was forced to buy oil from other nations, and Iran is one supplier.  President Trump has vowed to prevent Iran from selling even one drop of its oil, which the Iranians call “economic warfare”. Prior to May, Syria faced a shortage of oil, and the Syrians were standing in line waiting days for gasoline.  Now they will face a similar shortage, as the tanker GRACE 1 has been seized at Gibraltar, heading toward the refinery at Banias, Syria.  The Spanish military seized the ship based on a request from the US that the ship was violating EU sanctions, which prohibit any delivery of oil to Syria.

The oil was to be sent from Banias to Mhardeh power station, among others, to be burned to generate electricity.  Syrian civilians have endured electricity cuts for years because of the lack of oil products.  Electricity is not just a luxury for watching TV and surfing the internet, but also it saves lives with medical equipment.  Every hospital needs electricity for the X-rays, incubators, cardiac defibrillators, operating room monitors, and many others.  Electricity keeps food cold so that people are eating healthy food during the long and hot Syrian summer.

The US-EU backed terrorists have targeted Mhardeh for years because it is a Christian town, and the terrorist goal is to kill all ‘heathens’, as they say.  Recently, the Al Qaeda terrorists who occupy Idlib attacked al-Suqaylabiyah near Mhardeh, which is also a Christian village.  Those killed included five children and one woman. Eight others, including six children, were wounded.  The Syrian church bells were ringing for funerals of civilians, while the US and EU were meeting to condemn the Syrian and Russian attack on Idlib.

The Syrians have endured 8 years of US-EU attacks, delivered by the Radical Islamic terrorists who were supported by the US President Obama, UK Prime Minister’s Cameron and May, French President’s Sarkozy, and Hollande.  The western world ganged up on Syria and recognized a Muslim Brotherhood government in exile in Istanbul as the only representative of the Syrian people.  However, the west’s militia Free Syrian Army (FSA) was a dismal failure, and the call went out to the Jihadists in the four corners of the world, to come to Syria for an all-expenses-paid fest of rape, beheadings, kidnappings, maiming and slaughtering.  In the end, even that strategy was a failure.

The Syrian civilians endured American missiles raining down on their heads launched from terrorist occupied areas.  The US-EU forces were assisted by military specialists and intelligence officers, including the German military.  At the forefront was the trio: US-UK-France military specialists embedded with the terrorists assisting them in strategy.  The goal was to kill, maim and terrorize the civilian population to the extent that they would rise up and join the terrorists.

The US-EU plan to remove the Syrian government, and institute a Muslim Brotherhood leadership in Damascus, was tried in Egypt; however, the Egyptians refused to live under Radical Islam, which is a political ideology and not a religion nor sect.  Syria was supposed to follow, but the plan failed miserably, as the Syrians fought back.  The Syrian Arab Army (SAA) is made upon Syrians over the age of 18, and it is a compulsory service.

Syria is 80% Sunni Muslim, and 20% Christian, non-Sunni Muslims, and Druze.  The SAA is erroneously reported by the western media as “loyalists to Assad”, instead of the correct terminology reflecting it is a national army, defending all citizens and borders.  “For God and country” is the English translation to the original Latin which has historically been used by the military internationally, and the sentiment transcends any one leader.

Sanctions against Syria are causing mass suffering, and are collective punishment against civilians.  The Syrian civilians will never forget that it was the US-EU supported terrorists and sanctions that have destroyed their homes and families.