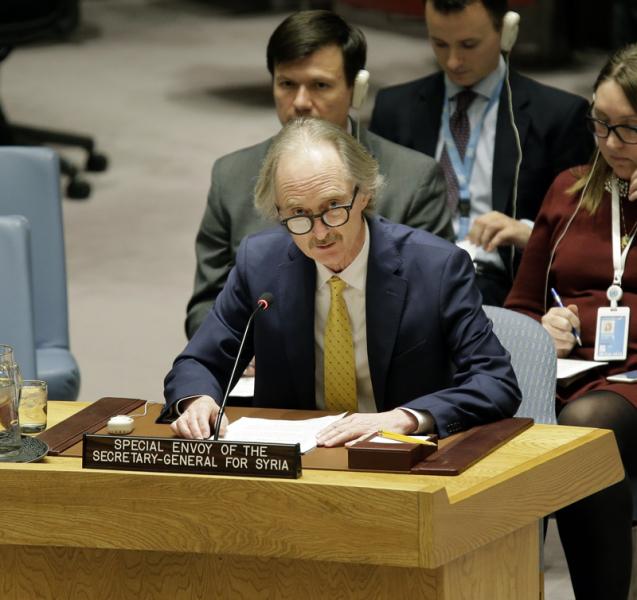 UN Special Envoy for Syria Geir Pedersen said, “I’m very pleased that now we seem to be closer to establishing the constitutional committee,” Syria’s post-war government and new constitution are seen as crucial components of the Syrian peace process which could see the end of the 8-year conflict. A 150-member committee made up of 50 members each chosen by the Syrian government, the High Negotiations Committee (HNC), and the UN will be drafting a new constitution, which might use the existing constitution as a framework.

The 50 members chosen by the UN will ensure representation for women and civil society groups. The UN roadmap for peace in Syria has four components: a transitional governing body; the constitutional process; the electoral process; security and combating terrorism. The committee must find a balance that will deliver the future form of the Syrian government and the political system.

Does Syria need a new Constitution?

Most Syrians living in Syria would say a new constitution is the last thing they demand. They would argue that stopping terrorist attacks, lifting of sanctions, and improving the economy are their main demands. However, the peace process for Syria is not in the hands of the Syrian people living inside the country; but, is in the hands of foreign countries that have played a role in the conflict, and with Syrians living abroad who claim to represent Syrians.

The opposition demands that presidential powers be limited, ethnic minorities are given broader rights, and the judicial branch be independent. Other concerns are to create a clear division of power between the executive, legislative and judicial branches.

The HNC continues to be regarded by the international community as the legal representative of the Syrian opposition, regardless of the fact the group was founded and guided by the Muslim Brotherhood, which is a global political group which follows Radical Islam as a political ideology and bases their platform on Islamic Law. The HNC has an armed wing which began as the Free Syrian Army (FSA) in 2011, but soon morphed into Al Qaeda, and segments aligned with ISIS.

The FSA no longer exists in its original form, since Pres. Trump stopped the CIA funding for them, and the current FSA is a Turkish project which has almost no presence inside Syria but is headquartered in Turkey. The HNC continue to claim they represent the people in Idlib, even though the Al Qaeda affiliate in Syria is the occupying force, and the people in Idlib have stated their rejection of HNC.

In January 2017 Russia presented a draft proposal of a new constitution to the HNC at a meeting in Astana. It was presented as a way to get the ball rolling and promote a discussion from all sides. Besides the Syrian government, and the opposition, we have the third party in the conflict: the Syrian Kurds, who make up about 10% of the population, and are occupying almost a third of Syria. The Kurds want to be named in the new constitution as the “Autonomous Administration of North and East Syria“.

However, the area they occupy by military force is not their land. They are a minority there: the Syrian Arabs are the majority and have been made homeless and destitute after the Syrian Democratic Forces (SDF) ethnically cleansedthe area, under the full support of the American military, which is part of the policy of Pres. Trump.

The current constitution was drafted and approved by voters in a referendum in 2012 by 89.4 %. It abolished the one-party rule and allowed political parties to be formed; however, prohibiting sectarian or racial criteria. The constitution declared all citizens of Syria are equal in their rights under the law, and set the Presidential term to seven years, with a two-term limit.

The war has changed Syria, but it will not emerge as an Islamic State as many in the opposition wanted. Syria will continue to be led by a strong President, because of lessons learned from the “Arab Spring” that sudden changes lead to the collapse of the political system, and chaos follows. The Western parliamentary system, such as the UK, is not suitable in a multi-ethnic, multi-religious state such as Syria.

The peaceful future of Syria depends on compromise and negotiations, which has proven to be a success across Syria in ending armed conflicts. One by one, the various war-zones were restored to peace, and civilians were liberated through a process of reconciliation. The final war-zone in Idlib is yet to be liberated. However, all reports indicate many players are behind the scenes trying to find that delicate balance which might mark the end of military conflict in Syria.