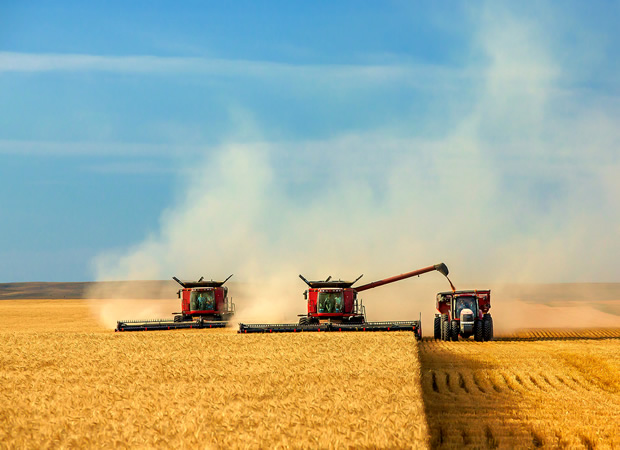 The loss of China as the fourth largest market for US agricultural exports has put the already weakened sector in danger of further decline, experts warn, despite billions in federal aid already paid and more promised.

Chinese companies have stopped buying US agricultural goods, the Commerce Ministry announced on Monday. While farming exports are not that large a portion of the United States’ annual GDP of $20 trillion, China has until recently been its fourth largest market, behind Canada, Mexico, and Japan.

Overall, China accounted for $5.9 billion in US agriculture exports in 2018, according to the US Census Bureau. Its loss as an export market has already been viewed as a blow to the farming industry with serious after-effects in store.

“There are going to be some serious repercussions for farmers,” former Iowa Lt. Gov. and Secretary of Agriculture Patty Judge told CNBC, adding that the loss of a trading partner like China sets up a “dangerous situation” for US farming, already suffering since the trade war between China and the US began over a year ago.

The American Farm Bureau’s estimates are higher. They say China imported $9.1 billion in US farm produce in 2018 – mainly soybeans, dairy, wheat, cotton, sorghum, and pork – compared to nearly $19.5 billion in 2017.

The world’s top buyer of soybeans also applied a 25-percent tariff on US soybeans in July of last year in response to US tariffs on Chinese goods. China has purchased about 14.3 million tons of last season’s American soybean crop, the lowest in 16 years, compared to 32.9 million tons in 2017.

To compensate for the losses, the Trump administration has granted farmers nearly $28 billion in federal aid since 2018, with $8.6 billion of direct aid payments to farmers. The latest federal aid package of up to $16 billion was launched in July, with the first payments expected to begin in mid-to-late August. However, Judge claims that small farmers see none of that money, while also wanting “to have a fair profit in the marketplace rather than through a government program.”

Pat Westhoff, director of the Food and Agricultural Policy Research Institute at the University of Missouri, estimated that soybean prices have already dropped nine percent since last July.

“Sales have already been lower this crop year because of the existing tariffs… Cutting China completely out of the market would be a very big deal,” he told CNBC.

Apart from agricultural products, losing China as an export market may also damage US gross domestic product and cause serious losses to companies like John Deere and Caterpillar, whose business directly depends on farming. For instance, shares of Illinois-based John Deere fell 4.8 percent on Monday after China’s announcement.

China’s exit from the US agriculture market came as a response to the new 10-percent tariff on $300 billion worth of Chinese goods starting September 1, announced by US President Donald Trump last week. This threat is viewed by Beijing as “a serious violation” of the trade agreement reached by Presidents Trump and Xi Jinping earlier this summer.

Promises of large agricultural purchases by China have been a key element of a potential trade deal between the two states, as well as Trump’s ace for winning over US farm states, which are key for his 2020 re-election bid.

In an apparent attempt to reassure the electorate, Trump tweeted on Tuesday that the “great American Farmers” know China “will not be able to hurt them,” since “their President has stood with them and done what no other president would do,” signaling the possibility of further aid to American farmers if needed.

Experts say it is no accident that the farming sector became China’s latest “weapon of choice” in the trade war with the US, as it hurts both the US’ GDP and corporate farming companies that often become Republican donors.