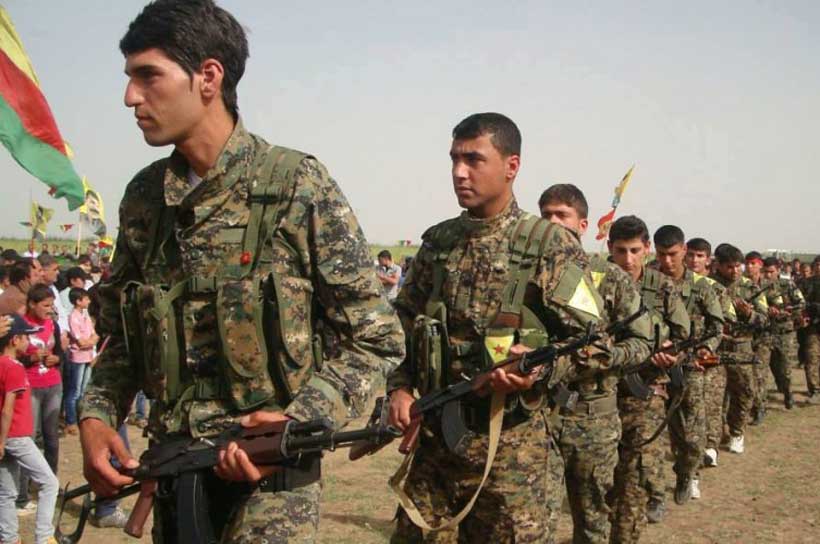 Pentagon warns of resurgence in ISIS in Syria and Iraq

A recent report issued by the U.S. Pentagon’s Inspector General warns of conditions in Syria and Iraq which potentially could allow for ISIS to spread once again. Secretary of State Mike Pompeo had not read the report but recalled the U.S. defeat of ISIS. The report warned of an ISIS goal to create turmoil in areas it had previously lost in Iraq and Syria.

The Iraqi government forces have continued to fight terrorism, and have conducted raids in Northern Iraq for ISIS sleeper cells. The military track is not the only way to fight ISIS, which espouses Radical Islam, which is a political ideology and is not a religion or a sect. Education is the key to eradicating Radical Islam. The Iraqi government must develop a program in rural areas, as well as the cities, which will educate young and old to transform hearts and minds away from terrorism. Some experts had dubbed Radical Islam as a “Death Cult”.

The regional governments should also shut down access to satellite TV channels which preach Radical Islam and Jihad. Almost every home in Syria and Iraq has a satellite dish on their roof, and reception is free for hundreds of channels. TV has become the main source of religion, politics, and entertainment. Many channels are exclusively promoting, teaching and brainwashing viewers into Radical Islamic edicts, promoting Jihad in Syria, and are most frequently broadcast from the Arab Gulf countries, and receive their funding from Saudi Arabia and others who export Radical Islamic ideology, such as Qatar.

The regional governments must stop the transfers of funds from Saudi Arabia, Qatar and other sources to groups promoting Radical Islam. Experts agree that Saudi Arabia has been a state sponsor of Radical Islamic ideology across the globe, dating back to the 1960s, during which time they began missionary efforts in Europe and the U.S.

The defeat of ISIS was accomplished by the Iraqi military on the Eastern side, and by the Syrian Arab Army and their Russian allies from the Western side. The U.S. played a very limited role in the defeat of ISIS, by focusing on an air campaign at Raqqa, which ended in its destruction. The U.S. focused on capturing and occupying the Syrian oil wells, which are still in their hands, under their mercenary Kurdish militia (SDF, YPG, PKK). When Russia entered Syria to fight terrorism in 2015, they began by attacking ISIS positions. They bombed oil tanker convoys taking the stolen Syrian oil to be sold in Turkey and then re-sold to European Union countries.

The Pentagon report points out that there are domestic disputes between the Iraqi government at Baghdad and the Kurdish administration in the North at Erbil. This internal rift between the two groups can be exploited by ISIS, as they prey upon the weakness of disunity. The Kurds must face reality, that the U.S. is not loyal to allies; for example, Ben Ali of Tunisia, Mubarak of Egypt, Gaddafi of Libya, Erdogan of Turkey.

Iraqi Kurdistan is the Kurdish-populated region incorporated into Iraq, and first gained autonomous status in a 1970 agreement with the Iraqi government and has a population of approximately 5.8 million people. The Kurds in Syria are occupying the North East section of Syria, and are supported by the U.S. military occupation of Syria.

The U.S. has used the Kurds to create chaos and division in Iraq, and Syria. The Kurds today are getting support from the Israeli occupation government, as they have business and oil deals with them. The U.S. views the Israeli occupation government as their closest and strongest ally in the Middle East. Israel is benefiting from the Kurds in Syria and Iraq, as they buy oil from them, and it is transported through the port at Ceyhan in Turkey. The Syrian oil is stolen from wells occupied by the Kurds and the U.S.

The Kurds could negotiate with officials in Baghdad, and Damascus, to preserve their interests and future through unity with their region, instead of being a U.S. satellite state surrounded by enemies. The Kurdish goal should be to fight terrorism in the entire region, not just in their small conclave of occupied lands. They should be full partners with Iraq and Syria in defeating terrorism and the ideology. As long as the Kurds of Syria and Iraq consider themselves as special, different, and above the law, the terrorists will target them, because their disunity and isolationism will cause them to be permanently weak, and exposed to attack and infiltration.Source: InfoBrics