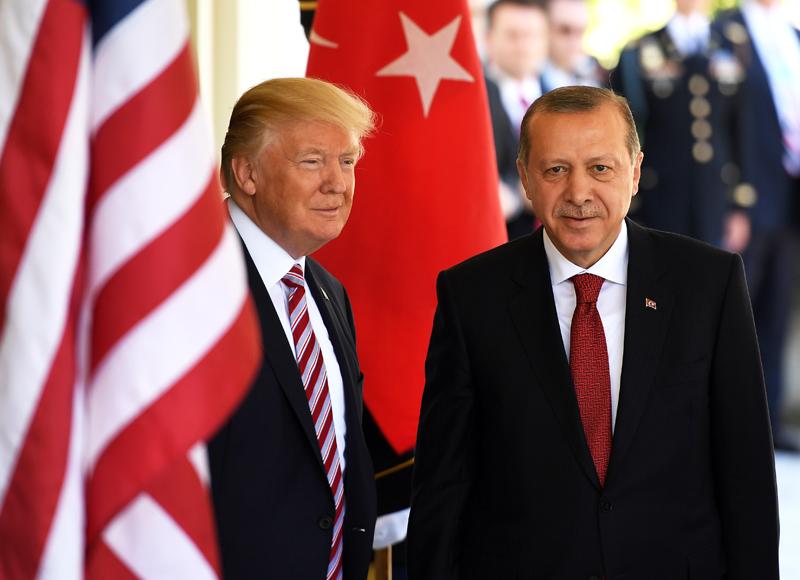 After three days of intense negotiations in Ankara, US and Turkish officials reached an agreement on Wednesday to create a joint operations center and set up a safe zone east of the Euphrates in north eastern Syria. Deal details have not yet been disclosed.

This last minute deal between Washington and Ankara is in response to Turkish President Recep Tayyip Erdogan’sannouncement on Sunday that Turkey was prepared to carry out a unilateral cross-border operation to push back Kurdish militias on the Syrian Turkish border east of the Euphrates river, if the Washington didn’t cut ties with the Kurdish militias and create a safe zone in northern Syria.

The two NATO allies agreed that the Turkish based joint operations center would be created as soon as possible to address Turkey’s security concerns.  The safe zone would become a “peace corridor”, and efforts would be made so that Syrian refugees could return home.

However, wanting peace is just a front for Erdogan’s true motives. The Syrian government categorically rejects the deal as a blatant attack on Syria’s territorial sovereignty and warns of Erdogan’s real reasons for establishing a so-called safe-zone on Syrian soil.

The Syrian Foreign Ministry said “The agreement constitutes a partnership between the US and Turkey over aggression against Syria that would serve the interest of the Israeli occupation entity. It also reflects how evasive and misleading the policies of the Turkish regime are.”

On Thursday an official Syrian source at the Ministry of Foreign Affairs told SANA “Syria expresses categorical rejection of the agreement announced by the US and Turkish occupations on establishing the so-called [safe zone] which constitutes a blatant aggression against the sovereignty and territorial integrity of the Syrian Arab Republic and a flagrant violation of the principles of international law and the UN Charter.”

Turkey is using the excuse of protecting its borders against the US-backed Kurdish People’s Protection Units (YPG) and the Syrian Democratic Forces (SDF) who Turkey views as the Syrian branch of the Kurdistan Workers’ Party (PKK), to fulfill its long-term mission of expanding its territory by invading and balkanizing its sovereign neighbor.

Many nations including the United States, who designated the PKK as a terrorist group in 1997, and Turkey who has been in conflict with the PKK since their inception in 1984, consider them to be a terrorist organization.

Another Turkish goal is to replace the indigenous diverse ethnic population in northern Syrian with extremists that are sympathetic to Erdogan, like we have seen in Afrin and other towns on Turkey’s border in northern Syria.

Erdogan’s plans for invasion and annexation will put Christian minorities in danger, some of whom can trace their lineage back to the original inhabitants of this land. However, Kurdish militias have also targeted them by using forced conscription and other Daesh-like intimidation tactics. The Kurdish Connection: Israel, ISIS And U.S. Efforts To Destabilize Iran explains more about how Kurdish militias have been used by the US to achieve their own objectives in the Middle East.

A statement issued by the Syrian Ministry of Foreign Affairs states “This agreement has very clearly exposed the US-Turkish partnership in the aggression against Syria which serves the interest of the Israeli occupation entity and the Turkish expansionist ambitions and it unequivocally exposed the misleading and evasiveness which govern the policies of the Turkish regime.”

“Syria calls on the Arab people to be aware of the dangers of the expansionist ambitions of the Turkish regime which is spreading the killing and chaos in different parts of the Arab world from Syria to Libya and the Sudan and it will not stop till it will satisfy its illusions on reviving the Ottoman Sultanate,” the source said.

The Syrian Ministry of Foreign Affairs representative concluded by saying that “Syria calls on the international community and the UN to condemn the US-Turkish flagrant aggression which constitutes a dangerous escalation and poses a threat to peace and security in the region and the world and hinders all positive efforts for finding a solution to the crisis in Syria.”

All the major players involved in the proxy war in Syria, including Turkey, Russia, and Iran want the US to leave, except of course the US-backed Kurdish SDF which are just a rebranding of the YPG.

US President Donald Trump has expressed interest multiple times in a swift troop withdrawal ,and to let the local regional players figure things out. However, the war hawks surrounding him in Washington, along with the Pentagon have derailed his plans since last December. They have stressed that US interests need to be protected by having a long-term presence in the oil-rich, agriculturally rich, breadbasket of Syria, to keep an eye on Iran while protecting their ally, Israel.

As I have stated previously establishing an independent Kurdish state in Syria is just part of the decades-long Israeli-American plan to weaken and divide all the nations neighboring Israel.

Although it might seem like Russia has been uncharacteristically quiet this week regarding the latest developments with Turkey and the US in north eastern Syria, Russia has consistently stood by the Syrian government’s right to protect its territorial integrity and sovereignty.

Whether its occupation and annexation by the Kurds or Turks, Kurdification or Turkification, the Syrian government and military categorically reject any infringement on their land, and have adamantly stated they will take back every inch of Syrian territory from terrorists or occupiers.