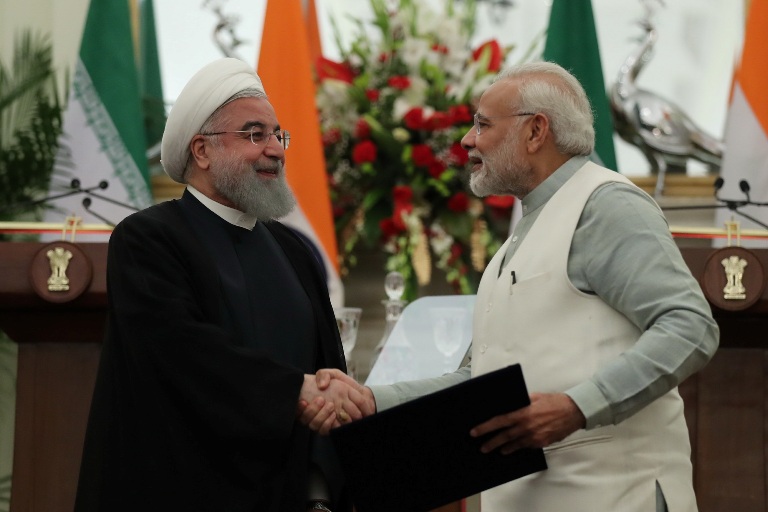 Iran Might be About To Change Its Approach Towards India

Iran had hitherto allowed India to make a fool out of it without uttering even the faintest protest in response, yet the Islamic Republic’s previously servile attitude might be changing if two recent statements by its leadership are any indication of a new approach taking shape towards the South Asian state.

India recently made a fool out of Iran by complying with the US’ unilateral sanctions against its oil industry, victimizing it with blowback from the Hybrid War on CPEC, and allying with its sworn American & “Israeli” enemies, yet the Islamic Republic’s previously servile attitude towards the South Asian state might be changing if two recent statements by its leadership are any indication of a new approach that might be taking shape. Foreign Minister Zarif said last week that his country regards any extra-regional presence in the Persian Gulf as a “source of insecurity“, which by extension would naturally include India’s air and naval mission in that waterway that New Delhi launched over the summer in tacit support of the US’ efforts to forge a multinational coalition there. Shortly thereafter, Iranian Speaker Ali Larijani declared that Tehran will adopt a joint strategy with Islamabad in response to India’s recent “Israeli-“-likeunilateral actions in Kashmir. Taken together, the contours of a new Iranian policy towards India appear to be emerging.

Iran has been disrespected so much by India over the past year, yet it kept crawling back to its regional “partner” time and again likely out of desperation for some hope of eventually receiving a modicum of sanctions relief from it, yet the country’s international reputation has been so strongly damaged by this show of fealty that its leaders might have finally decided upon a different course of action even if only for soft power’s sake. It’s with this in mind that Iran might soon begin championing the Kashmiri causealongside the global pivot state of Pakistan because of how identical this struggle is to the Palestinians’ one against “Israel“. India, after all, is the “Israel” of South Asia, and it’s also the self-professed “Jewish State’s” new military-strategic partner as well, so it makes sense for Iran to behave consistently towards both of them if it wants to retain its hard-fought standing in the global activist community. It’s still too early to tell whether or not it’ll irreversibly move in this direction, but the signs certainly show that it’s at the very least seriously deliberating doing so.

This article was originally published on Eurasia Future.