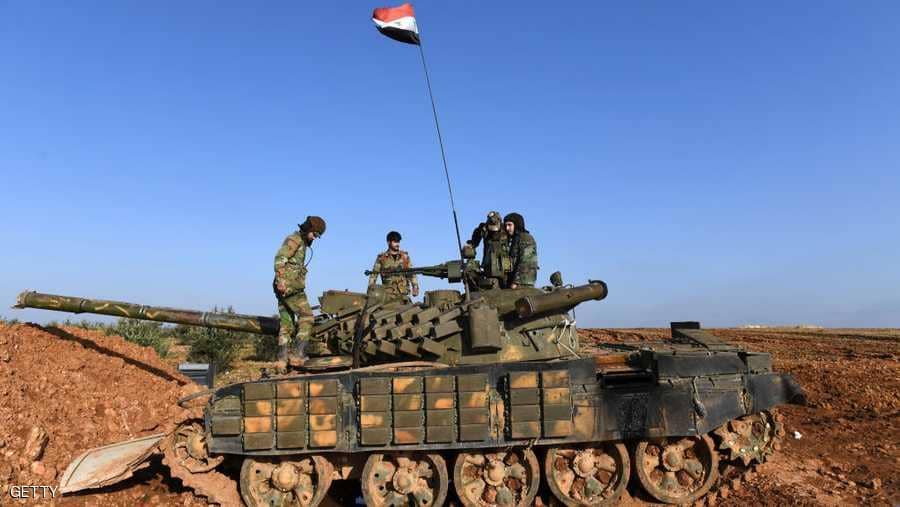 There are two separate war zones inside Syria today.  One battlefield is the north-west province of Idlib and is occupied by the Al Qaeda branch in Syria.  The north-east corner of Syria is occupied by a mercenary militia, Syrian Democratic Forces (SDF), who is on hire by the U.S. Pentagon, and was originally founded to combat ISIS in Reqaa.

Idlib is under the occupation of Hayat Tahrir al-Sham (HTS).  The Syrian Arab Army (SAA) and the Russian military are battling the terrorists in ground and air operations. The current military operation is the biggest escalation since last summer.  On the first day of the Islamic holiday of Eid al-Adha on Sunday, General Ayoub, the Syrian Defense Minister, arrived to visit his troops in the southern Idlib province, just hours after the SAA had liberated it.  The elite SAA commando unit, “Tiger Forces”, have crushed the terrorists north of Hama, south of Idlib, and has now exposed Khan Sheykhun to attack from the west.  A Russian administered reconciliation process is set to follow, in which terrorists will surrender their weapons and be allowed to remain in Idlib.  This is the process that has been used successfully previously.

The SDF is a militia occupying the north-east section of Syria.  They are all Syrian citizens but were recruited as traitors by the U.S. military. They were tasked with fighting ISIS in Reqaa.  In return, this minority was promised by President Trump that they would have their homeland, ‘Rojava’; but, ethnically cleansed of all non-Kurds. Now that ISIS is defeated in the most part, and President Trump wants to pull his troops home, the SDF appears to be in its last days.  The U.S. and Turkey have signed a military agreement for the area, in which Kurds will not benefit, and it will be up to their leadership to meet with the Damascus government and negotiate to return to peace.

The Russian military was invited to Syria in 2015; however, the Turkish and the U.S. are invaders in Syria.  Russia feels that the U.S. military support for the Kurds, and the Turkish military support for the terrorists in Idlib, is a threat to the unity of Syria, and is looting Syria of its oil resources.  The Russian Khmeimim airbase on the coast near Latakia has been attacked repeatedly by the terrorists in Idlib.  They have used missiles and drones previously, which caused deaths and destruction.  Recently, the airbase was attacked three times, with two civilians being killed in one of the attacks.  The terrorists in Idlib are often reported by western media to be ‘rebels’, and their use of missiles and drones, and attacking civilians is never reported.

Turkey has made a major shift: they have dropped their support of the terrorists in Idlib, and are focused on the Kurdish area.  Turkish Defense Minister, Hulusi Akar, reported Turkey may create a safe zone on its own if the deal with the US fails, and will not hesitate to make alternate plans in north-east Syria.  Turkish President Recep Tayyip Erdogan has repeatedly threatened to attack the U.S. backed Kurdish forces.  Recently, Turkey moved some of its terrorists, Ahrar al-Sham and the Zinki Brigade, from Idlib to the Turkish side of the border at the U.S.-Kurdish zone, in order to prepare for attack on the Kurds, who Turkey views as terrorists, aligned with the PKK, who have waged  decades-long and bloody terrorism campaign inTurkey, and notably massacring civilians including tourists.  Pres. Erdogan and Pres. Putin has an understanding that Turkey will conduct a limited operation in the north-east against the Kurds, while Russia will participate in clearing Idlib of HTS.

The U.S. and Turkey have begun a Joint Operations Center which has now instituted a ‘safe-zone’ in north-east Syria.  In the negotiations which led to the signed agreement, there were divisions on the logistics of the zone, with Turkey wanting a deeper space, and alluding that they could expand it.   The ‘safe-zone’ is not creating safety for the Kurds; however, it is creating safety for the Turks, who view the SDF as a terrorist militia.

Russian Foreign Minister Sergey Lavrov said last December, after Pres. Trump announced his troop withdrawal plan from Syria, “The weapons, the territories, and the military facilities that are owned by the [United States] in Syria should be passed over under the control of the Syrian authorities, Syrian military and the Syrian administrative structures, with understanding that the Kurds residing in their traditional areas should be provided with all necessary [living and civic] conditions,”  The Syrians, Russians and Turkish all want the U. S. military to leave Syria, and Pres. Trump shared that wish; however, the circling hawks prevented it.