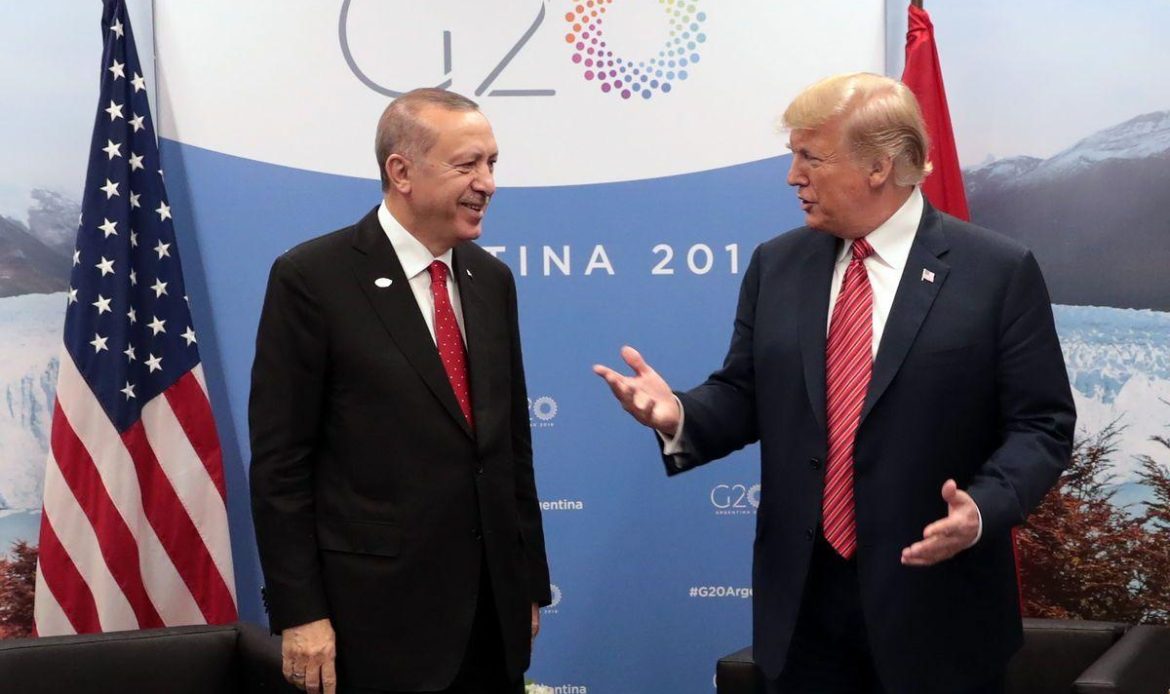 The safe-zone in Syria designed to make Turkey safe

Kurds in danger from the safe-zone

Omar Ossi has been warning his fellow Syrian Kurds that they may pay a heavy price for their allegiance to the U.S. administration.  From the outset of the conflict in 2011, Ossi participated in a sit-in at Aleppo, promoting national unity across Syria.  The leader of the National Initiative of Syrian Kurds and members of the Syrian parliament stressed that Syria’s Kurds would defend Syria, and protect it from the western plot to divide Syria using regional and Arab Gulf monarchies.  After 8 years of conflict, Ossi is still singing the same song and warning of an imminent Turkish invasion and possible decimation of the Syrian Kurds in north-east Syria.

The “Turkish Dream” began in 1920, and the Turkish belief that Aleppo, Mosul, and Kirkuk are part of Turkey, and destined to be annexed.  Given this long-term goal, Turkey has been using the Syrian Kurdish situation to their advantage, and excuse for invasion.  Turkey views the Syrian Kurdish militia, Syrian Democratic Forces (SDF), as terrorists, aligned with the YPG and PKK. Turkey feels that its national security is threatened by the SDF and its allies’ occupation of north-east of Syria.

The U.S. military created the SDF as a local ground force capable of defeating ISIS in Reqaa, Syria.  The Kurds turned their backs on the central government in Damascus and hitched their wagon to the “Yanks”.  Ossi has cautioned them for years not to trust the U.S. as they will stand with Turkey as fellow NATO members.  He has warned the Kurds time and again that they will be betrayed.  He continues to urge the SDF and their leadership to reach out to the government in Damascus, and reconcile their status as citizens of Syria.

The U.S. and Turkey hammered out a new military agreement recently, and this creates a ‘safe-zone’ in north-east Syria.  Turkey is the one benefiting from the safety the zone offers.  Under the arraignments, the Syrian government, the Syrian Kurds and the non-Kurdish civilians of the north-east will lose the territory, homes, farms, and civil rights.  Turkey will invade the area and the Kurds may face death, injury, and displacement.

Currently, the Syrian Arab Army (SAA) is fighting a fierce battle to free Idlib, which is under the occupation of Hayat Tahrir al-Sham, the Al Qaeda branch in Syria.  Turkey had been supporting those terrorists occupying Idlib.  The newest plan is to allow Idlib to be recaptured by the SAA and return to Syrian government administration; however, there may be many hardened terrorists, and commandoes who are foreign soldiers, who refuse to surrender and will need evacuation to save them.  Turkey plans to evacuate those Radical Islamic terrorists to the new ‘safe-zone’.  The next step of the plan is for Turkey to re-locate all Syrian refugees and the families of the terrorists to the ‘safe-zone’.  This will displace all the Syrian Kurds, who will find their homes, shops, farms, and lands confiscated for the new Turkish sanctioned settlers.  The Turkish plan may end the refugee crisis, end the support of armed conflict in Idlib, gain a huge piece of Syrian territory they plan to never relinquish, defeat their enemy the Syrian Kurds, and repair their political and military alliance with the U.S. and NATO.

President Erdogan and his officials have stated repeatedly they plan to remove the Kurdish terrorist threat from north-east Syria, and they have fully informed the U. S. and the Russians of their intentions.  Pres. Erdogan is hiding behind the cloak of ‘fighting terrorism’ to change the demographics and borders in north-east Syria.  Omar Ossi had been warning of this repeatedly since 2011, but his warnings went unheeded among the SDF leadership in Syria.  The U.S.-NATO plan since 2006 has been to divide Syria into small sections through promoting sectarian hatred, and using Radical Islamic terrorists as the ‘boots-on-the-ground’.

Pres. Erdogan believes the Syrian Kurds must be contained and separated from the Iraqi Kurds.  There has been a collaboration between the two groups over their oil business, and other shared interests.  The Iraqi Kurds are too weak to stand against the Iraqi central government, but if they were given the chance to make an alliance with the Syrian Kurds, this could start a regional conflict which Turkey perceives as a national threat, given the fact Turkey has about 14 million Kurds who could throw their allegiance to a Syrian-Iraqi ‘Kurdistan’ revolution. Ossi has said that the only reason the U.S. military supported the Syrian Kurds was to take control of the important oil wells in Syria and to make sure that oil never returns to the benefit of the Syrian government, and thus preventing the Syrians from rebuilding their homes and infrastructure.  While the oil wells and their revenue are firmly in the hands of the U.S. backed Kurds, they have been selling the oil to “Israel“, which is the closest U.S. ally in the Middle East.