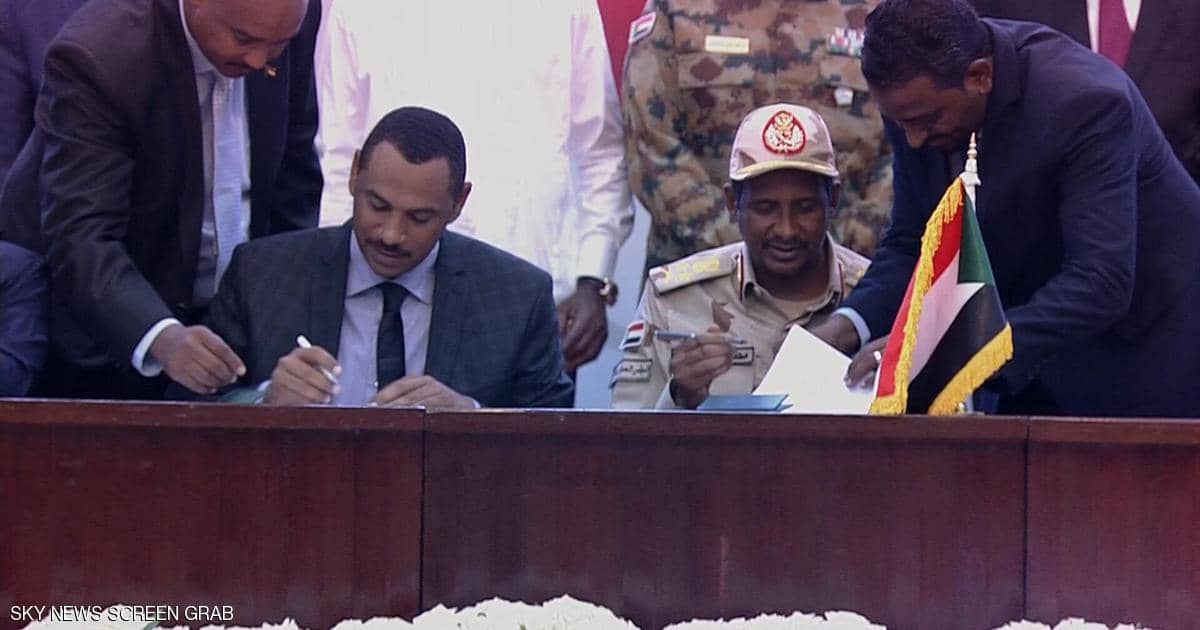 Gen. Abdel Fattah Burhan, who currently leads Sudan’s Transitional Military Council (TMC), will head the Sovereign Council, a transitional national administration, for the first 21 months after its creation, the TMC said on Saturday.

“Lt. Gen. Abdel Fattah Burhan will be the head of the Sovereign Council during the first period of its work. It [the council] will also include his deputy, Muhammad Hamdan Dagalo”, a TMC spokesman told the Sky News Arabia TV channel.

Meanwhile, Burhan said on Saturday, after signing the power-sharing deal with the opposition, that Sudan is entering a new, constructive, period in its development.

“I stand before you today, and I am proud that we have overcome the stage of preparations and are entering a new stage – a constructive stage … I urge all citizens of the country to consider this day a transit point between the bitterness of the past and future”, Burhan was quoted by the Sky News Arabia TV channel as saying after the signing ceremony.

Earlier in the day, the TMC signed the final power transition deal with the opposition Forces of Freedom and Change movement amid the ongoing protests that have been sweeping the African nation for months.

Under the declaration the Sovereign Council will be ruling the country during the transitional period of three years. The council will unite five representatives of the military and five representatives of the civil community, while one more council member will be elected through a universal vote. The civilian-picked prime minister will appoint a cabinet where the defense and home ministry seats have been reserved by the military.

The TMC took power as the previous government was toppled in April after months of nationwide protests. The TMC took over after the coup but the protests continued, with demonstrators demanding that the military transfer power to a new civilian government.