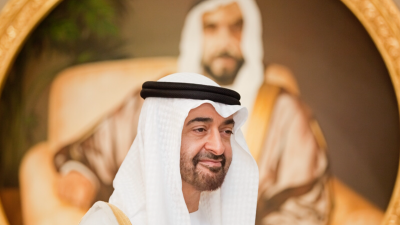 The War on Yemen: How Far Will the Saudi-UAE Confrontation Go?

Saudi Arabia and the UAE, increasingly wary allies of one another in the War on Yemen, are poised to sharpen their competition in the Red Sea-Horn of Africa region to the point of becoming “frenemies” amidst both parties’ efforts to forge different coalitions in this strategic space through which the vast majority of European-Asian trade traverses.

Most observers agree that the UAE’s planned military drawdown from Yemen sharpened the competition between that country and its Saudi allies in the war, but the fact of the matter is that the general dynamic of these two GCC countries becoming rivals of one another actually started at the onset of that campaign.

The Emirates leveraged its influence in the Horn of Africa to set up a military base in Eritrea, after which it helped broker an historic peace between that nation and its Ethiopian neighbor. This gave Abu Dhabi strategic depth in Africa’s second most populous state and its fastest growing economy, which also happens to be Beijing’s top partner in the continent and a promising future exporter of large-scale agricultural products to the Gulf. While that was happening, the UAE also solidified its military control over Yemen’s island of Socotra at the entrance to the Gulf of Aden on top of reinforcing its influence in the breakaway region of “Somaliland”, which altogether resulted in it becoming a transregional power in de-facto control of the strategic space through which the vast majority of European-Asian trade traverses.

The Saudis, meanwhile, have been in a state of shock that their “little brother” is outdoing them by punching well above its weight and behaving like more of a Great Power than they are. Riyadh’s regional ambitions were thwarted by its disastrous War on Yemen that was supposed to catapult the country into becoming a global power, yet it’s this very same campaign that’s responsible for actualizing Abu Dhabi’s exact same vision instead and thus turning the two allies into frenemies. Not to be outdone, the Saudis have tried to salvage their regional influence by attempting to forge a Red Sea alliance at the end of last year between itself, Egypt, Djibouti, Somalia, Sudan, Yemen, and Jordan, though this effort has thus far failed to accomplish anything tangible except for conspicuously excluding Emirati allies Eritrea, Ethiopia, and “Somaliland” and proving that the initiative was intended to counter its partner’s regional influence. Amidst all of this, Yemen remains the pivotal bone of contention in the Saudi-Emirati competition, and the situation there has recently heated up.The War on Yemen Just Went from Bad to Worse for Saudi Arabia

The kinetic (military) aspect of the conflict has largely died down from its previous high of seemingly never-ending coalition bombings against mostly civilian targets, but the non-kinetic (political) aspect has only intensified in turn. The UAE is carving out a de-facto protectorate in the formerly independent state of South Yemen, while the Saudis are left with practically no influence in the country that they spent hundreds of billions of dollars trying to subdue. Worse still, the little sway that the Saudis still command through the Islah Islamists is in jeopardy after a strategic Ansar Allah missile strike on a military parade in the South Yemeni city of Aden earlier this month exacerbated inter-coalition differences between that party and the UAE-backed separatists after the latter accused their partners of complicity in the attack. Over the weekend, the Southern Transitional Council (STC) responded by taking control of the city after seizing all the military camps there and occupying the presidential palace in the clearest sign yet that the Saudi-Emirati “cold war” has finally turned hot through this new (but not unexpected) proxy conflict, the ramifications of which might reverberate across the wider region.

The UAE already appears to be hedging its bets and preparing for the possibility of pivoting away from the Saudis if need be in spite of Abu Dhabi Crown Prince Mohammed Bin Zayed (MBZ) being his Saudi counterpart Mohammed Bin Salman‘s (MBS) unofficial mentor. The Emirates just entered into maritime talks with Iran for the first time in years even though the country’s American allies tried very hard over the summer to convince it that the Islamic Republic was responsible for attacking some ships in its territorial waters, and while it initially seemed to bite the bait, Abu Dhabi later broke with Washington by saying that it couldn’t conclude who was behind it. It’s unclear how far this nascent rapprochement with Iran might go, but if the UAE continues moving in this direction in order to deter Saudi Arabia from stopping its plans for a de-facto protectorate in South Yemen, then it might set into motion a larger chain reaction of regional changes such as an improvement of the Emirates’ ties with Iran’s Qatari and Turkish partners, much to the Kingdom’s discontent.

Even if developments don’t move in that radical of a direction, it’s clear to see that Saudi Arabia and the UAE have gone from allies in the War on Yemen to frenemies who are strategically competing with one another in the larger Red Sea-Horn of Africa region. The implications of this trend are profound, providing opportunities but also obstacles for various third-party actors depending on their agendas. The proverbial “battle lines” are being drawn and the proxy war has already started after the STC seized control of Aden, but the worst-case scenario that was earlier explained above can still be averted so long as the Saudis agree to submit to the UAE’s de-facto transregional hegemony. MBS might be influenced by his mentor MBZ to do just that, though at the same time, the young prince also needs to consider how this would reflect on his Kingdom’s international reputation, as well as his own standing in the country where rumors already abound about dissatisfied royals supposedly plotting his downfall. The stakes are therefore extremely high in this strategic competition, and the ball’s in the Saudis’ court when determining whether it’ll escalate or calm down in the coming future.