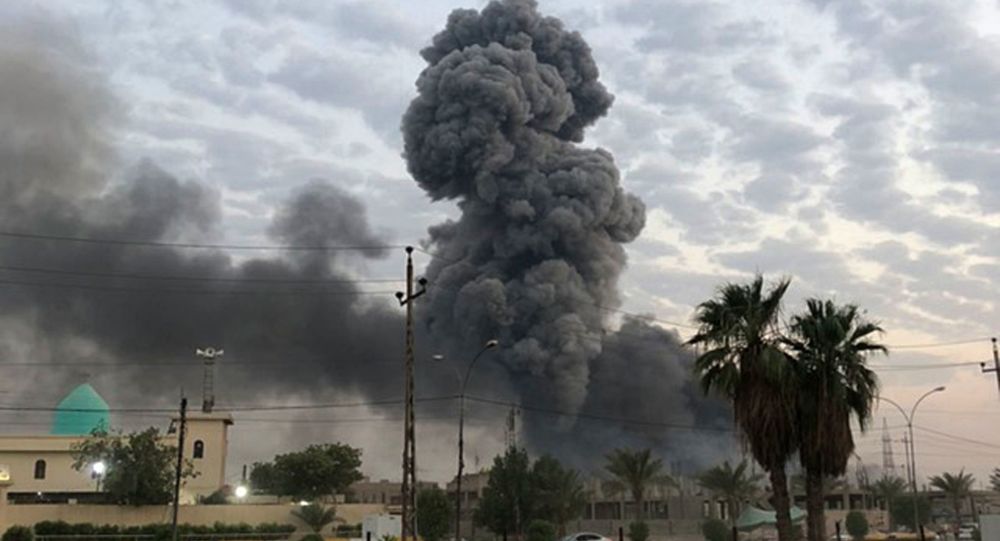 Iraqi Paramilitary Force Accuses US and Israel of Military Base Attacks

An ammunition depot at Iraq’s al-Saqr military base was hit by an explosion on 12 August, killing one person and leaving 13 injured. Weeks earlier, a similar blast took place at Amerli base.

Iraqi paramilitary force Hashd al-Shaabi has stated that the United States and Israel are responsible for the attacks on the country’s military bases, according to AFP.

Earlier, a member of the Security and Defence Committee in the Iraqi Parliament, Karim Alaiwi, told Lebanese broadcaster al-Mayadeen that the explosions that rocked two Iraqi military bases held by the country’s Shi’ite paramilitaries were the result of unmanned Israeli airstrikes.

“We have proof that Israeli air forces hit several targets in Iraq, including the al-Saqr and Amerli bases. Israel claims that the Popular Mobilisation Forces have connections to Iran and Lebanon’s Hezbollah,” the lawmaker claimed.

According to Alaiwi, the Jewish state is vying to weaken the militias through such airstrikes and even kill their members. He noted that Iraqi airspace is controlled by the US Air Force, indicating that Israel could not have struck the bases without Washington knowing it.

However, the Iraqi planes failed to detect drones in the sky over the bases, the official noted.

Previously, al-Mayadeen reported, citing sources familiar with the matter, that three unmanned aerial vehicles were spotted just before the explosion at the al-Saqr base.

On Tuesday, several blasts rocked a position held by Iraqi Shi’ite paramilitaries next to Balad airbase.

On 12 August, an ammunition depot at al-Saqr military base, controlled by the Iraqi militia, was hit by a blast which left 1 dead and 13 more injured. The specially-protected “green zone”, where government buildings and diplomatic missions are located, was struck. A source in the Iraqi security forces revealed that residential areas had also been put in harm’s way. On July 19, similar explosions occurred at Amerli’s base, with a number of media reporting a drone strike.

Subsequently, the Prime Minister of Iraq ordered the removal of all ammunition depots outside the Iraqi capital.