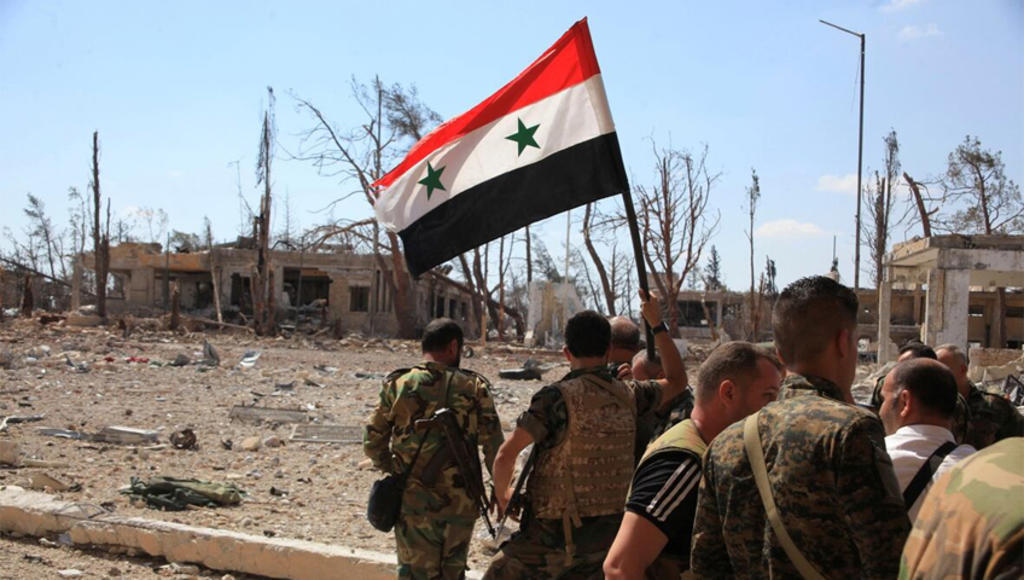 The Syrian army has surrounded terrorists in settlements in the north of the Hama province south of the city of Khan Sheikhoun, a local military source said on Wednesday.

“Army units moving from Sukayk met with troops entrenched north of the city of Khan Sheikhoun in the south of Idlib province, thereby closing the encirclement ring around the towns of Latmenah, Kafr Zita, Latmeen and Morek in the north of Hama,” the source said.

The Idlib province remains the last militant stronghold in the country. The Nusra Front group took control of the province in 2015 and accepted militants from other regions.

*Jabhat al-Nusra (Nusra Front), al-Qaeda are terrorist organisations banned in Russia and many other countries.