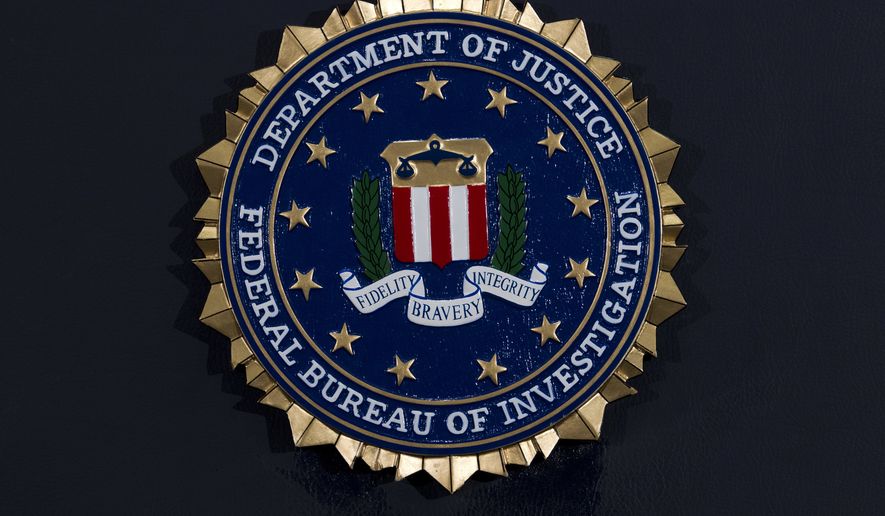 The Mainstream Media reported earlier this month on an intelligence bulletin released by the FBI’s Phoenix office back in May alleging that a connection exists between so-called “conspiracy theories” and domestic terrorism, and while there have veritably been some people who hold such controversially defined beliefs and then ended up killing others, it’s anti-American to suspect that people who don’t believe the official narrative about various events automatically qualify as potential terrorists.

The de-facto criminalization of free speech is an ongoing trend in American society that’s already pressured a lot of people to self-censor their beliefs in public in order to avoid official scrutiny from the authorities or harassment by their political opponents, but an intelligence bulletin released by the FBI’s Phoenix office back in May and only reported on by the Mainstream Media earlier this month might spread the dragnet even further by de-facto criminalizing the online pursuit of additional information that contradicts the official narrative about various events.

The “secret police” (as they’d be described by the Mainstream Media if any other country’s version of the FBI was being reported on) believe that a connection exists between so-called “conspiracy theories” and domestic terrorism, and while there have veritably been some people who hold such controversially defined beliefs and ended up killing others, it’s anti-American to suspect that anyone engaged in seeking out all sides of every story (no matter how possibly implausible) automatically qualifies as a potential terrorist.

“the conspiracy theories referenced in this intelligence bulletin have been categorized as anti-government, identity based, or fringe political because they assert selective, malevolent acts either by an allegedly hostile and tyrannical federal government, by racial, religious, or social minority groups, or by political opponents.”

The examples given for each category are “NWO”, “UN”, and “False Flags”; Zionist Occupied Government” and “Islamberg”; and “Pizzagate” and “QAnon”, respectively, followed by a very brief description of each one. What’s so dangerous about these categorizations is that some of them are broad enough to be applicable to practically anyone who’s skeptical about recent events, which in turn could put these individuals on terrorist watch lists and possibly even result in restrictions on their civil liberties, such as their right to exercise the Second Amendment if so-called “red flag laws” are applicable in their state and Big Tech companies inform the authorities that someone was researching or discussing such unofficial narratives online.

For instance, the FBI describes the “NWO” “conspiracy theory” as asserting that “a group of international elites controls governments, industry, and media organizations, instigates major wars, carries out secret staged events, and manipulates economies with the goal of establishing global rule”, which basically summarizes the modus operandi of the American-led neoliberal system.

By the Bureau’s own definition, anti-war dissidents who expressed their belief that the US’ 2003 War on Iraq was launched on the media-driven manufactured pretext of non-existent “Weapons of Mass Destruction” in order to advance American influence in the tri-continental geopivotal and energy-rich region of the Mideast would be classified as “conspiracy theorists” who would then be suspected of being at risk of committing “domestic terrorism”. That so-called “conspiracy theory”, however, has since been vindicated as “conspiracy fact”, though in the contemporary context, those tarred and feathered as “conspiracy theorists” for believing modern-day analogues such as the US and its allies manufacturing fake pretexts to “contain” Russia, China, and Iran might soon be seen as unofficial enemies of the state.

For another perfect example of just how potentially all-encompassing the FBI’s alleged “conspiracy theorist”-terrorist connection is, one need look no further than its description of the “UN” “conspiracy”, which it describes as asserting that “the UN is being used by an evil global cabal to erode American sovereignty, strip away individual liberties, and bring foreign troops to American soil in order to replace democracy with global tyranny.”

None other than the sitting US President himself has publicly questioned the UN’s role in eroding American sovereignty, as have most of his supporters, yet the FBI’s bulletin classifies that belief as a “conspiracy theory” that could potentially indicate a “terrorist” in the making. Many more such examples could be shared about how the “secret police” could easily use the Phoenix office’s definition of “conspiracy theories” to “justify” unethical surveillance of domestic targets for political reasons, which is anti-American to the core even though it’s taken for granted that this is already going on to an uncertain extent. If “red flag laws” are expanded nationwide, then Trump’s own supporters might find themselves forcibly disarmed just for agreeing with him.

The Democrats should be concerned too because they might also find themselves on government watch lists as “conspiracy theorists” just like their rival Republicans if they simply go to the “wrong” website that questions official narratives. That could potentially be Russian international media like RT or even independent/ alternative American online outlets, it just depends on how “conspiracy theories” are defined by internet service providers, which sites they “flag” as “suspicious”, and whether or not the user is being tracked by cookies to link them to that page.

Democrats might not worry too much about having their Second Amendment rights restricted through “red flag laws”, but they could come under other forms of targeted state harassment as well on a selective basis dependent on the “secret police’s” subjective whims. It’s for these reasons that opposition to the FBI’s de-facto criminalization of online research (which builds upon the already de-facto criminalized expression of free speech in many instances) should be a bipartisan issue because it goes against everything that the US purports to stand for.