Home Society Did ‘The Simpsons’ really predict Trump would try to buy Greenland? 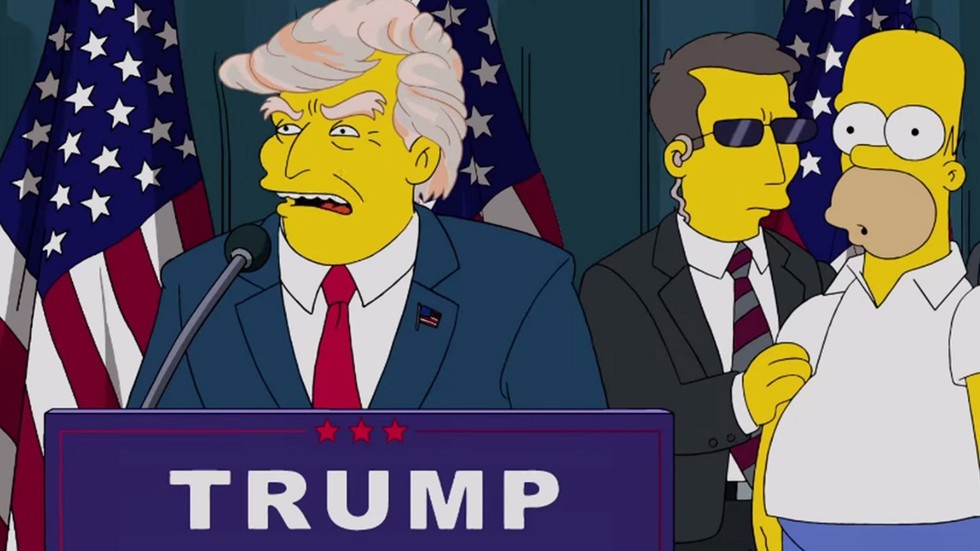 Social media is rife with claims the writers of ‘The Simpsons’ have once again predicted the political future, this time with a suspiciously far-sighted storyline of Donald Trump attempting to buy Greenland. But, is it true?

Fans proudly boast about the program’s spooky ability to predict the future, notably forecasting Trump’s presidency, the Obama voting machine controversy, and the Syrian opposition flag. But as any Simpsons viewer (or regular human) will tell you, remembering every storyline in the show’s 662 episode history is nigh impossible.

So when rumors start swirling that Matt Groening and gang have done it again, this time with an astoundingly prescientstoryline of Trump postponing his state visit to Denmark after the prime minister refused to discuss selling Greenland to the United States, you pause for thought.

The first port of call for anyone delving into the Simpsons’ catalogue is the ‘dictionary’ dedicated to the show, Frinkiac, which reveals that on this occasion claims of the show accurately nailing the Greenland incident are simply #FakeNews.

While Mr Burns has contemplated buying the entire island of Cuba and the Simpsons have themselves visited scores of countries, there has not (to date) been an episode linking Trump to an attempted purchase of Greenland.

The strange desire to somehow underpin Trump’s latest diplomatic gaffe with a Simpsons storyline probably stems from the show’s previous success stories, much lauded by Simpsons fans and the president’s critics alike – even Rachel Maddow was quick to get in on the act and fuel the rumor.