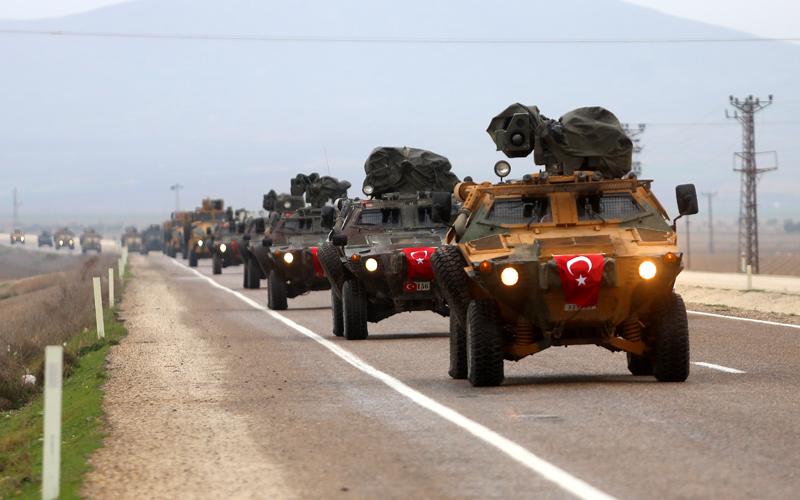 The Syrian army has managed to make significant progress in clashes with “opposition” groups in Northwestern Syria, taking the strategically important city of Khan Sheikhoun. The SAA also cut the highway located to the North from the city, blocking supply routes for armed factions.

This advance allowed the government troops to besiege such larger towns as al Lataminah, Kafr Zita and Murak. It is expected that surrounded and isolated from supply lines, militants will not be able to fight and will eventually surrender to the army.

This sequence of events looks very likely for several reasons.

Firstly, the Turkish military convoy heading towards the North of Hama province to strengthen the observation post was forced to stop in the front of Idlib’s Maarat al Numan city. The reason for this was that the Syrian Air Force conducted airstrikes on M-5 “Aleppo-Damascus-Daraa” highway which made possible to block the path for  vehicles.

Secondly, the air raids assisted ground troops to buy time to capture al Nimr hill located on the M-5 highway to the North of Khan Sheikhoun city. This allowed government forces to cut the main supply route for militants in Southern Idlib and Northern Hama.

There were leaked footages demonstrating the critical situation of militants. One of the these videos shows a Faylaq al Sham member says that fighters had not received promised salaries and foodstuff for a long time. Another tape describes Ahrar al Sham gunmen complain about a general lack of money, food, weapons and ammunition.

Moreover, Ahrar al Sham leader, Jaber Ali Basha, declared that the group are currently withdrawing its forces from Southern Idlib due to an offensive of the Russian-backed Syrian army. He also pointed out that his fighters “staunchly defended the lands of Sham, despite limited opportunities, lack of resources, and the fact that the group was left without any support.”

The deplorable situation of the opposition groups’ fighters is rooted in the fact that HTS terrorists rule supreme over all spheres of life in Northwestern Syria, extorting and expropriating the property.

Based on these facts, it can be concluded that the siege of the enclave should not take much time, because militants found themselves in a difficult situation – without food and munition, in addition to non-payment of salaries, which might become a main obstacle to resist the government forces.