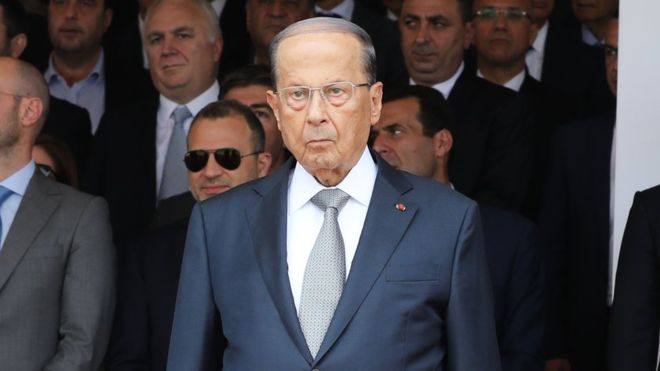 Lebanese President Michel Aoun on Monday called Israeli attacks on the southern suburbs of the capital of Beirut and the town of Qousaya a “declaration of war”.

“Attacks on the suburbs and the Qousaya area violate the 1701 resolution; these attacks allow Lebanon to use the right to protect its sovereignty, independence and territorial integrity”, Aoun said during a meeting with UN Special Coordinator for Lebanon Jan Kubis.

The president added that the Lebanese people were seeking peace, not war, and “we do not accept that anyone threatens us in any way”.

Earlier in the day, Israel reportedly carried out airstrikes against a Palestinian group’s position near Qousaya. The strike came after two suspected Israeli drones crashed in Beirut on Sunday.

For years, Lebanon has been reporting about Israel’s use of Lebanese airspace for multiple raids, stating that such actions violate the sovereignty of the republic and the UN Security Council Resolution 1701, enacted after the 2006 conflict between the two countries.

Israel, in turn, considers the Hezbollah, based in Lebanon, to be among its main rivals in the region, targeting it with air raids. Hezbollah runs a military wing that battled Israel during the latter’s invasions of Lebanon. Its military wing is also currently operating in Syria, fighting alongside the government of President Bashar Assad.