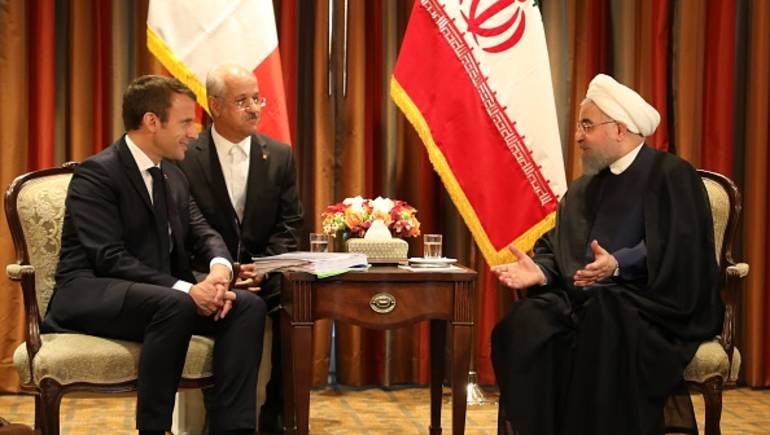 Iranian President Hassan Rouhani has informed French leader Emmanuel Macron in a phone call that Tehran will launch the third stage in reducing its obligations under the nuclear deal later in September if Europe fails to live up to its part of commitments, noting that this step, as well as the previous ones, will be reversible.

The phone conversation took place on Saturday. It comes as Macron, a staunch advocate of saving the Iran nuclear deal, has been stepping efforts to engage Iran diplomatically.

“If Europe cannot put its commitments into operation, Iran will take the third step in reducing its JCPOA [Joint Comprehensive Plan of Action, commonly known as Iran nuclear deal] commitments, which of course will be reversible”, Rouhani said, cited by his press service.

He also welcomed Paris’ efforts to preserve the deal and described Foreign Minister Mohammad Javad Zarif’s visit to Biarritz during the G7 summit as “very important for the public and political opinions in the region and the world”.

Macron, in turn, called Zarif’s visit “effective”, adding that it “proved Iran’s resolve to defend its interests and its commitment towards a negotiation”.

According to the Mehr news agency, Rouhani also stressed that Iran’s approach is to maintain the JCPOA, the Iranian president stressed “fulfilling the commitments by all parties and guaranteeing the security of free shipping in all waterways, including the Persian Gulf and the Strait of Hormuz, are two of Iran’s major goals in the ongoing negotiations”.

Moreover, the Iranian president slammed the European leaders for not taking any practical steps to live up to their commitments after the US withdrawal from the JCPOA and re-imposition of sanctions on Iran, the Mehr news agency said.

On the first anniversary of the US unilateral pullout from the 2015 Iran nuclear deal on 8 May, Tehran announced that it would start abandoning some parts of its nuclear obligations every 60 days unless European signatories to the deal ensured Iran’s interests under the agreement amid Washington’s reinstated sanctions.

Zarif said earlier that the third phase of reducing nuclear obligations would start on 6 September.

The United States’ decisions prompted France, Germany and the United Kingdom to create a joint mechanism for trade with Iran called INSTEX. Following a meeting of the Joint Commission of the JCPOA in June, the mechanism became operational and available to all EU member states. The trading instrument in its initial stage only covers the supply of medicines, medical equipment, and agricultural products, but Tehran also reportedly seeks to export oil.