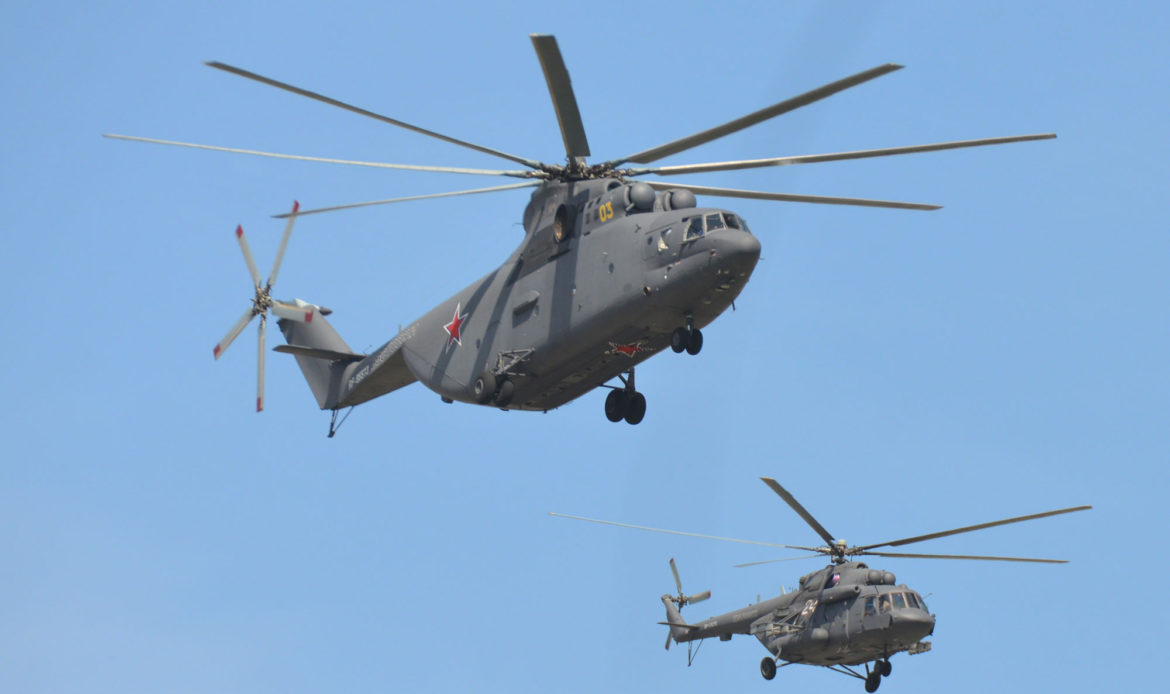 China and Russia have fully agreed upon and signed a commercial contract on a joint heavy helicopter development project, said Miao Wei, China’s Minister of Industry and Information Technology.

“For the next step, the Chinese government will accelerate the progress for a project approval and finish it as soon as possible, so the project can officially start,” Miao said at a press conference held with the Russian Industry and Trade Minister Denis Manturov.

China is the first partner country for the Russian event, as the two ministers held an opening ceremony at the stand-alone China Pavilion on Wednesday morning.

The joint heavy helicopter Miao referred to is dubbed “Advanced Heavy Lift.” It is expected to be 40-ton class, with a weight-lift capability of 15 tons, a range of 630 kilometers and a top speed of 300 kilometers an hour, Russian news channel RT previously reported.

In February, Russia’s Tass news agency reported that Russia’s state corporation Rostec was about to sign “the contract of the century” with China on the helicopter “in the coming two months” after four years’ talks, quoting Viktor Kladov, a Rostec representative.

Under the contract, at least 200 heavy helicopters will be built in China, Kladov said in 2017, RT reported.

Miao did not give any details on the contract on Wednesday, including how many or where the helicopters will be built.

China is responsible for the helicopter’s design and production and Russia will be acting as a technical partner, Kladov said.

The heavy helicopter is expected to be delivered by 2032, Wu Ximing, chief designer for the state-owned Aviation Industry Corp of China, told the Global Times in March.

“Russia is more experienced in the transmission system when it comes to 40-ton class helicopters, as Russia’s Mi-26 is of the 56-ton class. Our goal in the cooperation is to learn from Russia’s strong points and close the gap,” Wu said then.

A heavy helicopter can usually be used to airlift heavy cargo and vehicles without the need of an airfield.

For military use, a heavy helicopter can transport troops, armored vehicles, artillery and rockets. For civilian use, it can lift heavy engineering vehicles to sites where normal transportation routes could not reach in case of a natural disaster, military observers said.