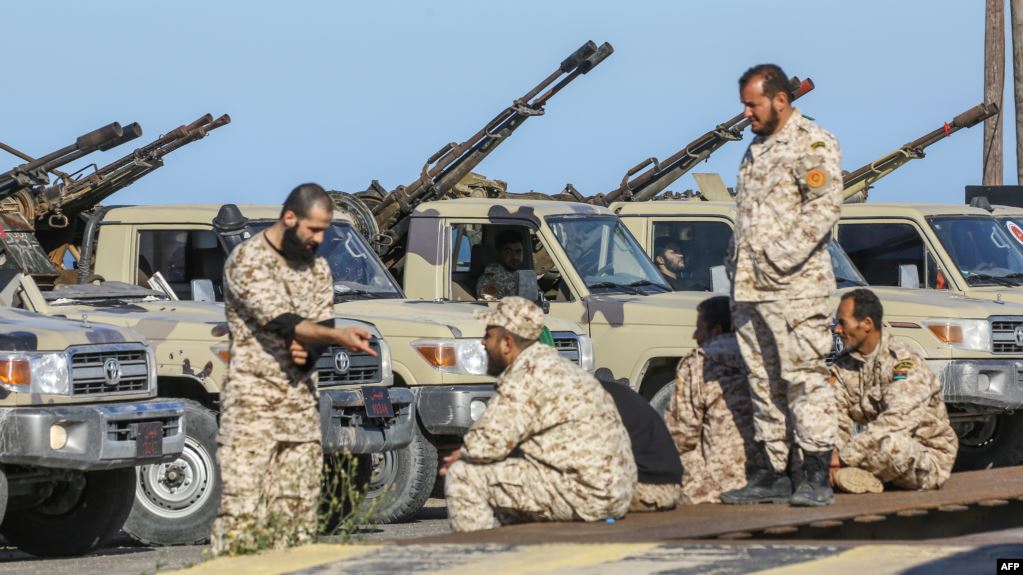 In a statement issued on Sunday, the Tripoli-based Government of National Accord (GNA) condemned the “hostile position of the United Arab Emirates,” which has allowed Abu Dhabi to be used as “a media platform for militias attacking the Libyan capital.”

Haftar ordered militia groups loyal to him to invade Tripoli in an unsuccessful attempt to seize it on April 4. Almost five months after launching the offensive, the rebel forces remain bogged down on the Libyan capital’s southern outskirts.

On Saturday, Haftar’s forces rejected a United Nations (UN) call to return to the negotiating table with the government, calling war “the best solution.”

In its Sunday statement, the Libyan government said the UAE was hosting to a “militiaman” and “mouthpiece” for Haftar, “who supports a military regime and rejects a civil and democratic state” in Libya.

The UAE is one of Haftar’s foreign backers, providing him with weapons and funds.

According to the latest figures by the World Health Organization (WHO), the fighting around Tripoli has killed at least 1,093 people and wounded 5,752 other, while some 120,000 people have been displaced.

Haftar is also given support by Saudi Arabia.

Libya has been wracked by chaos since a 2011 uprising and an ensuing NATO intervention, in which longtime dictator Muammar Gaddafi was killed.

Haftar’s offensive has exacerbated the crisis, threatening to plunge the country into a full-blown civil war.