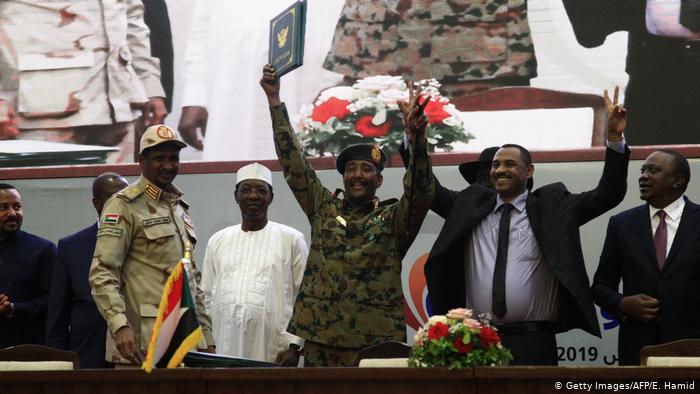 Sudan’s first cabinet since the ouster of president Omar al-Bashir was sworn Sunday as the African country transitions to civilian rule.

It is expected to steer the daily affairs of the country during a transition period of 39 months.

It also includes Ibrahim Elbadawi, a former World Bank economist who will serve as finance minister, and Madani Abbas Madani — a leader of the civilian coalition that negotiated the transition deal with the military — as minister of industry and trade.

The line-up was formed after Sudan last month swore in a “sovereign council” — a joint civilian-military ruling body that aims to oversee the transition.

The 18 ministers were seen greeting members of the sovereign council, including its chief, General Abdel Fattah al-Burhan, in images broadcast by state television from the palace.

The council itself is the result of a power-sharing deal between the protesters and the generals who had seized power after the army ousted Bashir in April.

Hamdok’s cabinet is expected to lead Sudan through formidable challenges that include ending internal conflicts in three regions. Rebel groups from the marginalized regions of Darfur, Blue Nile, and South Kordofan states had waged long wars against Bashir’s forces.

Hamdok’s cabinet will also be expected to fight corruption. It was a worsening economic crisis that triggered the fall of Bashir, who is now on trial on charges of the illegal acquisition and use of foreign funds.