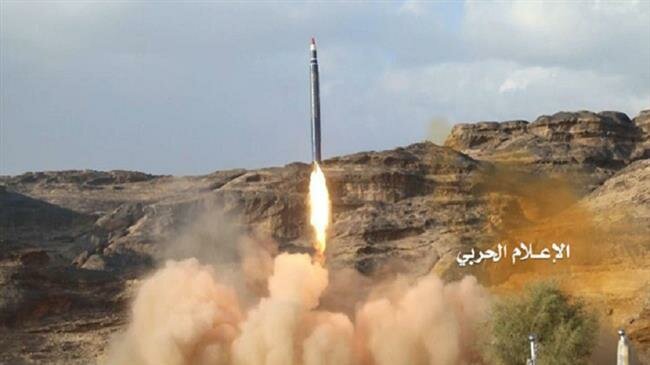 Saudi Arabia has suffered loss of military personnel and mercenaries in a retaliatory missile strike carried out by Yemen’s army soldiers and fighters from allied Popular Committees targeting positions in the southern region of Jizan.

The media bureau of Yemen’s Houthi Ansarullah movement announced in a statement that six domestically-developed Zelzal-1 (Earthquake-1) missiles were fired at Saudi strongholds that were also populated by militiamen loyal to former Yemeni President Abd Rabbuh Mansur Hadi east of the mountainous district of Jabal al-Doud on Sunday afternoon.

There has been no report on the number of casualties.

The statement added that the projectiles hit the designated targets with great precision.

Separately, the spokesman for the Yemeni Armed Forces said troops backed by the allied fighters had used a squadron of domestically-manufactured Qasef-2K (Striker-2K) combat drones to target “an important military site” in Saudi Arabia’s southwestern region of Asir.

The high-ranking Yemeni military official said the drone strikes were in retaliation for Saudi Arabia’s ongoing campaign of death and destruction against Yemen that began in March 2015.

Riyadh and a number of its regional allies launched the devastating campaign with the goal of bringing the Hadi government back to power and crushing Ansarullah.