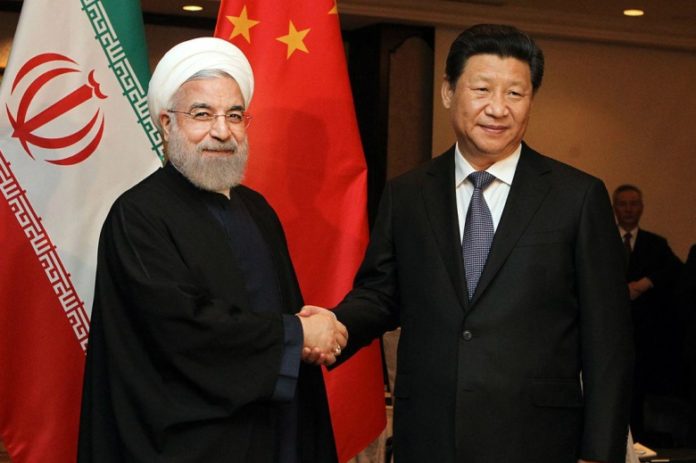 Will China Invest in Iran’s Transport and Industrial Infrastructure? There are Reasons to be Skeptical

Petroleum Economist recently published a report citing an unnamed senior Iranian source who alleged that China will invest $120 billion in the Islamic Republic’s transport and manufacturing infrastructure and even deploy 5,000 security personnel to the country to protect those projects, but there are plenty of reasons to be skeptical about those sensationalist claims which will very likely be proven false with time.

Alt-Media is celebrating Petroleum Economist’s sensationalist report about China and Iran as a supposedly “game-changing” development in the New Cold War after an unnamed senior Iranian source told the publication that the People’s Republic will invest $120 billion in the Islamic Republic’s transport and manufacturing infrastructure and even deploy 5,000 security personnel to the country. The article conforms to the wishful thinking confirmation bias of its intended audience, hence why it’s being portrayed as a huge deal. If it proves to be true, then that would certainly be the case, but there are plenty of reasons to be skeptical about what’s put forth in the article, with the main points to ponder being articulated below:

There aren’t any reasons to doubt that a senior Iranian source really did share some sensationalist claims to Petroleum Economist (as they’d have been utterly irresponsible to have published what they did if they received it from an anonymous email address for example and were unable to verify the source’s identity), but the art of information warfare is such that sometimes actual sources deliberately “leak” false information, which in this case might have been intended to deter an American-“Israeli” strike on the country by making both aggressors wonder whether China would intervene in response in order to protect its future investments.

Look Who Was “Leaked” To

The audience should take a look at who the senior Iranian source decided to “leak” this sensationalist information to — an apolitical energy-centric news site most probably followed only by those interested in that sphere instead of a internationally renowned Alt-Media outlet like RT that would have been a better “transmitter” to the global mainstream –with it most likely being the case that the said source knew that more reputable outlets wouldn’t report on what Petroleum Economist described as “many of the key specifics of [the road map for the China-Iran comprehensive strategic partnership] not released to the public” without verifying.

Compare The Claims With Facts

It’s extremely improbable that China would invest $120 billion in Iranian transport and manufacturing infrastructure and thus double the investment that it’s already made in the Belt & Road Initiative‘s (BRI) flagship project of the China-Pakistan Economic Corridor (which isn’t even yet fully completed) during the tough economic times provoked by the so-called “trade war“, and it would also be an unprecedented break in Chinese military policy to deploy troops (let alone on that scale) to another country for the purpose of defending BRI investments when its existing strategy is to depend on its partners’ militaries to that end.

If those two scandalous details of the report turned out to be true, then they would imply that China inexplicably places a larger importance on future Iranian transport and manufacturing projects than on the ones associated with the $60 billion that it’s already invested in the much closer and populous global pivot state of Pakistan, as well as suggesting that the Iranian military is so incompetent in ensuring security within its own borders that it must rely on 5,000 troops from halfway across Eurasia who have no experience operating in the country in order to protect a slew of future projects there.

The most effective infowar products mix fact with fiction in order to create an alternative reality that plays to either its target’s wishful thinking fantasies or their worst nightmare scenarios, with it more than likely being the case that the sensationalist claims about China investing $120 billion in Iran’s transport and manufacturing infrastructure and deploying 5,000 troops there will be proven false with time while the less “sexy” details contained in the article about the preferential treatment that the People’s Republic will receive from its partner’s energy industry might actually be true to a large extent.