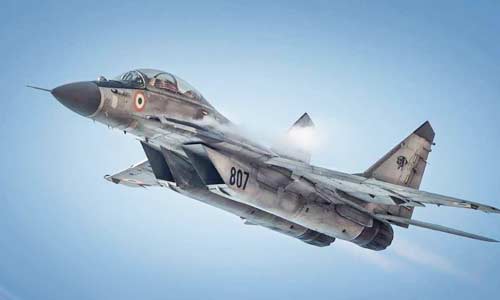 India is negotiating with Russia over the purchase of additional 21 MiG-29 and 12 Sukhoi Su-30 jets, Indian media have reported.

“A proposal in this regard by the Indian Air force (IAF) is likely to be taken up before a high-level meeting of the Defence Ministry in the next few weeks,” government sources said.

According to the sources, radars and other equipment on the MiG-29 planes will be of latest standards. The 12 Su-30 MKIs are being planned to be inducted for replacing the number of aircraft lost by the IAF in different accidents, they said.

Ilya Tarasenko, CEO, MiG Corporation said that the company is holding talks with New Delhi on the delivery of 21 MiG-29s.

“The request from India for 21 MiG-29 fighters is at the stage of negotiations,” the CEO said.

The value of 21 MiGs and related equipment could be worth nearly $847million (about INR 6,000 crore).

In July reports suggested the country would buy 18 Su-30MKIs. “We have received an additional bid for another 18 Su-30MKIs. The bid is being worked out,” Vladimir Drozhzhov, Deputy Director of Russia’s Federal Service for Military and Technical Cooperation, had said.