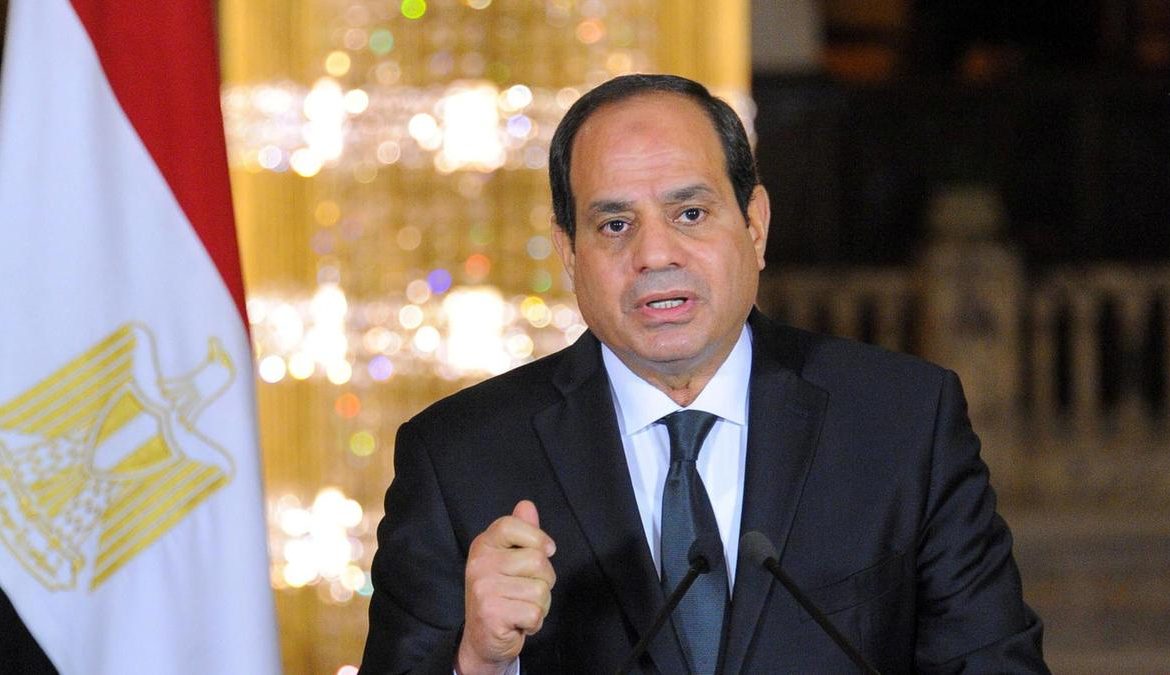 Egypt’s Sisi : What happened in Syria was planned by terrorist organizations

Egyptian President ‘Abdel-Fattah El-Sisi said on Saturday at a conference in Cairo that the events which led to the war in Syria were planned by terrorist organizations that sought to destroy the country.

Sisi made these comments during the National Youth Conference, dubbed “Evaluating the Local and Regional Counter-Terrorism Experience”

Egyptian President allegedly told the audience that terrorism was used to achieve political goals away from international legitimacy.

In particular, Sisi pointed out how terrorism was used to target and destroy the countries of Syria and Libya.

He emphasized that a conventional war cannot destroy a state, but terrorism can do so.

Sisi said that without the existence of sponsors that adopt and back terrorism, this phenomenon would not have spread and succeeded in such way.

“The phenomenon of international terrorism is a monster that has become out of the control of those who launched it,” the Egyptian President concluded.

While Sisi and Assad have not formally met, diplomatic relations between Syria and Egypt have been strong since the Egyptian leader took office.

Egypt has played a major role in advocating and promoting a peaceful solution in Syria, as Sisi has allowed several meetings between the Syrian government and opposition to take place within his country.