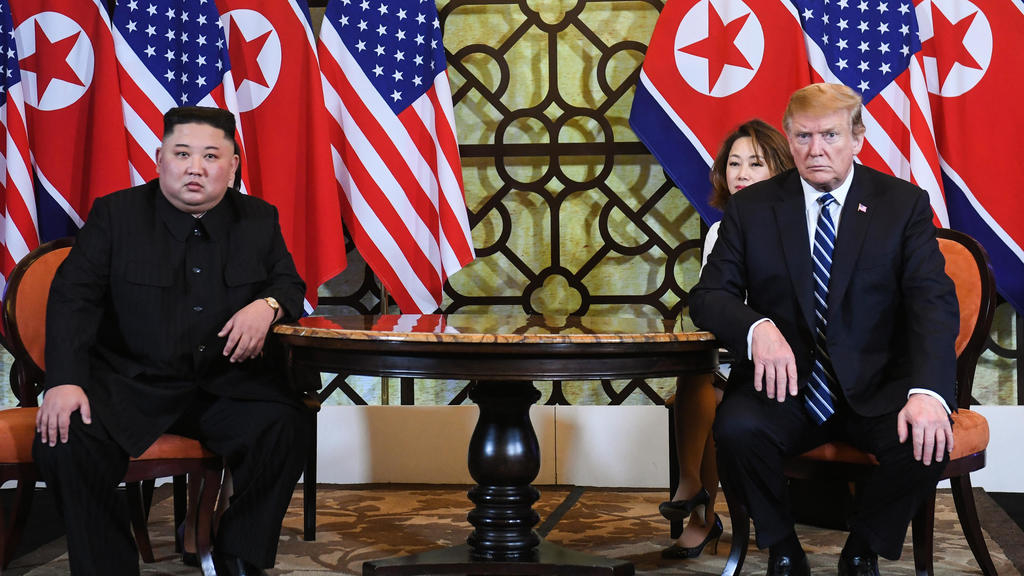 North Korea has called on the United States to provide security guarantees as a precondition to the resumption of stalled nuclear negotiations between the two sides.

The director-general of the department of US affairs, who was not named, said in a statement that “discussion of denuclearization may be possible when threats and hurdles endangering our system security and obstructing our development are clearly removed beyond all doubt.”

It was up to Washington whether it would prove to be an opportunity or “an occasion to precipitate crisis,” the North Korean Foreign Ministry official added. “A proposal that the US put forward at the negotiations may improve the relations and, on the contrary, may add to the hostility towards each other.”

The KCNA, however, announced that working-level talks between Washington and Pyongyang were expected to be held “in a few weeks.”

Talks between the two sides have stalled since the second summit between US President Donald Trump and North Korean leader Kim Jong-un in Vietnam broke up without an agreement or even a joint statement.

Trump walked away from the summit, claiming that Kim had insisted on the removal of all sanctions on North Korea. Pyongyang, however, rejected that account, stressing that it had only asked for a partial lifting of the bans.

Following the failure of the summit, the North repeatedly warned that it was considering ending talks on denuclearization and resuming its nuclear and missile tests over what it described as “the gangster-like stand” of the US.

In their third, brief meeting at the Korean border at the end of June, Kim and Trump agreed to kick-start working-level talks.

Washington has so far refused to offer any sanctions relief in return for several unilateral steps already taken by North Korea. Pyongyang has also demolished at least one nuclear test site and agreed to allow international inspectors into a missile engine test facility.

The US now demands that North Korea abandon its nuclear weapons entirely before the sanctions are lifted; Pyongyang insists on a step-by-step approach that would include verifiable American commitment to end its massive military presence near North Korean territorial waters.