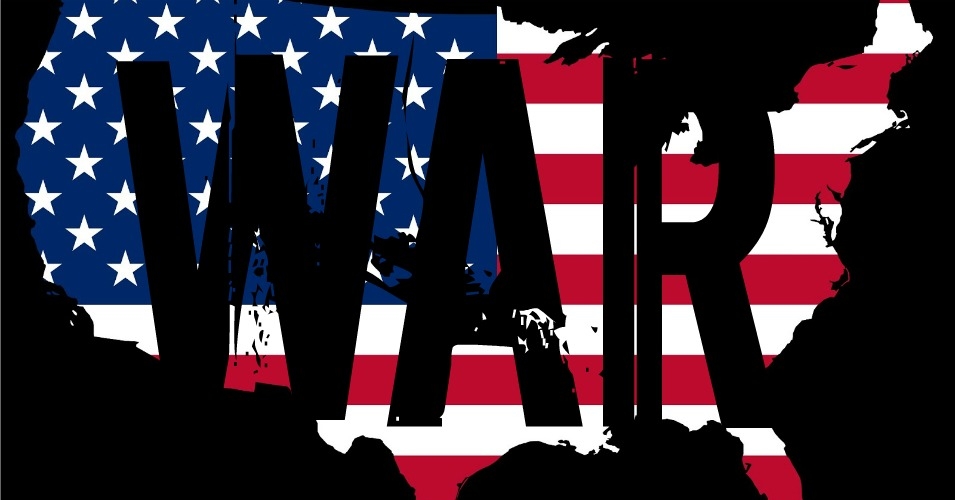 The Endless ‘War on Terror’ Just Suffered a Huge Blow

The U.S. government has used the post-9/11 war on terror to launch two major wars, mount gunship and drone attacks on several countries, and institute a widespread program of torture and abuse. Casualties of those conflicts number in the hundreds of thousands.

Another casualty of the war on terror is civil liberties. From the USA PATRIOT Act, to warrantless surveillance, to the Muslim ban, to the use of metadata to spy on people and target for drone strikes, the deprivation of constitutional rights has continued during the Bush, Obama and Trump administrations.

An additional assault on the Constitution is the terrorism watchlist, a federal government database of “known or suspected terrorists.” In 2013, there were 680,000 people on the watchlist, called the Terrorist Screening Database (TSDB). By 2017, the number had swelled to 1.2 million, including 4,600 U.S. citizens.

That increase coincided with the Obama administration’s expansion of the terrorist watchlist system in 2013. It established a secret process that didn’t require “concrete facts” or “irrefutable evidence” to designate someone a terrorist, according toThe Intercept. The “March 2013 Watchlisting Guidance” states that even uncorroborated Facebook or Twitter posts may be sufficient to include an individual on the watchlist.

Alarming Consequences of Inclusion on the WatchlistAn individual’s listing on the watchlist is provided to many “partners,” including federal, state, and foreign government agencies and officials. Inclusion on the watchlist triggers several consequences, including travel restrictions, law enforcement screening and investigations, immigration and visa decisions, credentialing, and military and intelligence functions.

A federal government agency or foreign government can “nominate” an individual to the TSDB upon a showing of reasonable suspicion, a much lower standard than probable cause. That means a nomination must be based “upon articulable intelligence or information which, based on the totality of the circumstances and, taken together with rational inferences from those facts, creates a reasonable suspicion that the individual is engaged, has been engaged, or intends to engage, in conduct constituting, in preparation for, in aid or in furtherance of, or related to, terrorism and/ or terrorist activities.”

In deciding whether to accept a nomination, the Terrorism Screening Center (TSC) may consider (but cannot solely base its decision on) an individual’s race, ethnicity, religion, or “beliefs and activities protected by the First Amendment, such as freedom of speech, free exercise of religion, freedom of the press, freedom of peaceful assembly, and the freedom to petition the government for redress of grievances.”

The TSC may also use an individual’s associates, travel history, business associations, international associations, financial transactions and study of Arabic to support a nomination.

An individual can be included on the watchlist even with no evidence that the person committed a crime or will commit a crime in the future. People who have been acquitted of a terrorism-related crime can still be listed.

However, earlier this month, U.S. District Court Judge Anthony J. Trenga of the Eastern District of Virginia struck down the TSDB as a violation of due process in Elhady v. Kable.

The 23 plaintiffs in the Elhady case, who are represented by the Council on American-Islamic Relations (CAIR), are U.S. citizens who have not been formally notified by the U.S. government that they are in the TSDB. They have routinely been subjected to additional screening on commercial airplanes when they enter the United States.

While trying to cross the border back into the United States after a short trip to Canada in 2015, plaintiff Anas Elhady was detained for more than 10 hours and repeatedly interrogated about family members and associates. He required emergency medical attention and was taken to a hospital where he was given basic life support.

On prior occasions, Elhady had been detained for seven to eight hours at the border when he attempted to return to the U.S. He was handcuffed, stripped of his belongings, locked in a cell and denied the right to contact his attorney. His phone has been confiscated several times at the U.S. border. Elhady has stopped flying or crossing the border.

Other plaintiffs have been forcibly arrested, often at gunpoint, and detained for many hours in the presence of their families. Plaintiffs’ electronics have been seized, searched and copied. Their travel is “regularly and repeatedly disrupted by long and invasive secondary inspections,” causing them to miss flights and connections “and sometimes to avoid travel altogether.” Some have been denied the right to board flights.

One plaintiff will no longer fly because of “psychological trauma” associated with air travel.

The Right to International Travel Is a Constitutionally Protected Liberty Interest

“There is no evidence, or contention, that any of these plaintiffs satisfy the definition of a known terrorist,” Judge Trenga wrote.

The judge was disturbed by the possibility that the trauma plaintiffs had suffered at the border — “being surrounded by police, handcuffed in front of their families, and detained for many hours” — could be duplicated by law enforcement inside the country.

Judge Trenga confirmed that the right to international travel is a recognized liberty interest protected by the Fifth Amendment, which forbids the government from depriving an individual of liberty without due process — that is, notice and an opportunity to be heard. The judge found that being included on the TSDB implicates plaintiffs’ strong liberty interests. Inclusion “imposes a substantial burden on the plaintiff’s exercise of their rights to international travel and domestic air travel” resulting in a deprivation of their liberty interests “that requires some measure of due process,” he wrote.

The judge also determined that “the administrative process used to place a person on the TSDB has an inherent, substantial risk of erroneous deprivation and that additional procedures, similar to those made available to individuals on the No Fly List … would reduce the risk of erroneous inclusion in the TSDB and all the resulting consequences.”

Judge Trenga was concerned that the reasonable suspicion standard for inclusion on the TSDB could well mean that “completely innocent conduct” could lead to “a string of subjective, speculative inferences that result in a person’s inclusion.”

Thus, the judge concluded, “the risk of erroneous deprivation of Plaintiff’s travel-related and reputational liberty interests is high, and the currently existing procedural safeguards are not sufficient to address that risk.”

The judge called the TSDB “a black box” because it does not provide notice of whether an individual was or is still on the TSDB, or the criteria used to make that determination or the evidence utilized. There is no opportunity to rebut the evidence used to include a person on the watchlist. It thus “does not provide to a United States citizen a constitutionally adequate remedy under the Due Process Clause.”

The Judge Ordered Parties to Suggest Remedies for Plaintiffs

Judge Trenga granted the plaintiffs’ motion for summary judgment, finding that there is no genuine issue of material fact. That means that a reasonable jury could not return a verdict for the defendants.

The judge then ordered the parties to submit supplemental briefs within 45 days, suggesting the appropriate remedy the plaintiffs should receive. The question is “what kind of remedy can be fashioned to adequately protect a citizen’s constitutional rights while not unduly compromising public safety or national security.”

CAIR National Litigation Director Lena Masri said in a statement, “Today’s opinion is a victory for the more than 100 American Muslims we represent and for the thousands of American Muslims who are currently stigmatized by the watchlist.”

“The watchlist’s arbitrary criteria has long enabled the government to target Muslims based on their faith and then build a secretive network map of their associations,” CAIR trial attorney Carolyn Homer said in a statement. “Today, the government’s unlawful surveillance of the Muslim community has begun to be curtailed.”

Hina Shamsi, director of the American Civil Liberties Union’s National Security Project, also praised Judge Trenga’s ruling. She wrote in an email to The Intercept, “The government watchlist stigmatizes people as terrorism suspects based on a vague and error-prone standard and secret evidence, and causes real harms…. There must be a fair and meaningful process for people to challenge wrongful placement on the watchlist and clear their names.”

This piece originally appeared on Truthout.