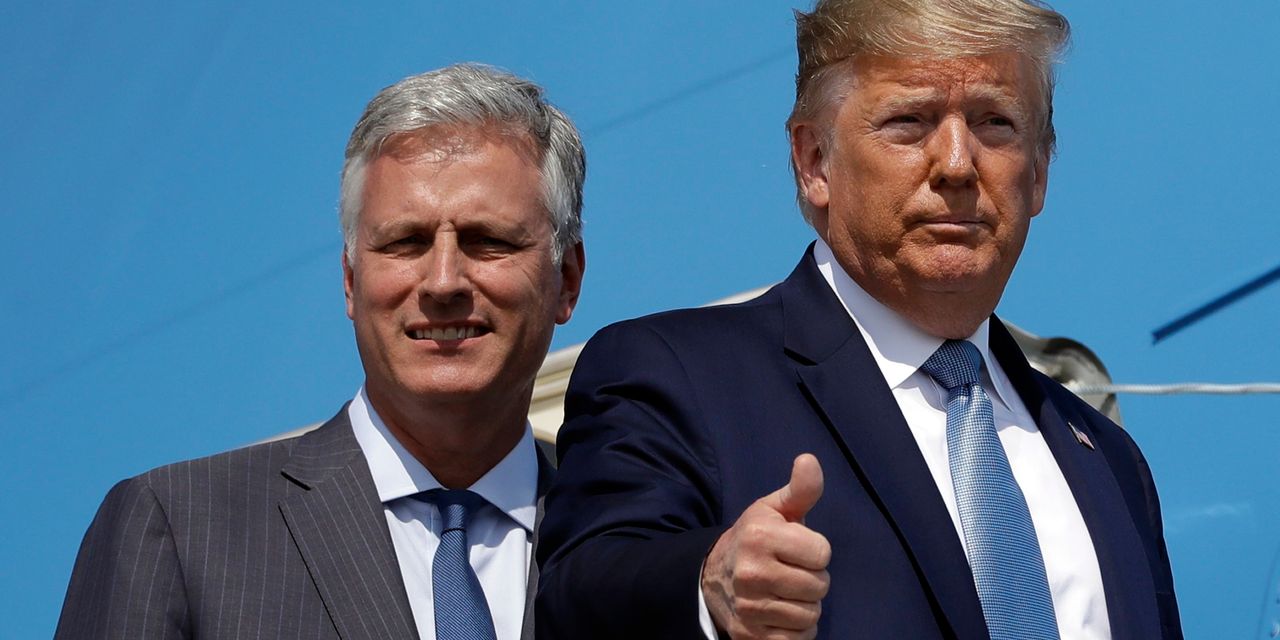 Trump on Wednesday announced he intends to name O’Brien as his next national security adviser.

“I have worked long & hard with Robert. He will do a great job!” Trump tweeted.

O’Brien who is replacing sacked John Bolton. O’Brien has served as Trump’s special envoy for hostage affairs at the State Department since May 2018.

O’Brien is the fourth person to take the national security adviser post in the Trump administration.

Last week, Trump abruptly fired Bolton after disagreements over a series of issues. Bolton was in the post since April 2018 following the ouster of Herbert Raymond McMaster and Michael Flynn.

O’Brien said he looked forward to his new role in the Trump administration, saying that challenges lie ahead.

“It’s a privilege to serve with the president and I look forward to another year and a half of peace through strength. We’ve had tremendous foreign policy successes under President Trump’s leadership. I expect those to continue,” O’Brien said.

“We have a number of challenges, but there’s a great team in place with Secretary Pompeo and Secretary Esper and Secretary Mnuchin and others,” O’Brien continued. “I look forward to working with them and working with the president to keep America safe and continue to rebuild our military and really get us back to a peace through strength posture.”

Bolton’s bitter departure reportedly took place after Trump proposed the idea of lifting some US sanctions on Iran as an incentive for the Islamic Republic to come to the negotiating table.

Trump suggested easing sanctions against Iran as a means of encouraging Tehran to renegotiate the 2015 nuclear deal, officially called the Joint Comprehensive Plan of Action (JCPOA), but the idea did not sit well with Bolton, according to NBC News citing a source familiar with the matter.

Bolton, a well-known Iran hawk, made clear to the US president during their discussion in the Oval Office on September 9 that he strongly disagreed with the proposal, the source said.

A day later, Trump fired Bolton, saying he disagreed with many of his proposals.