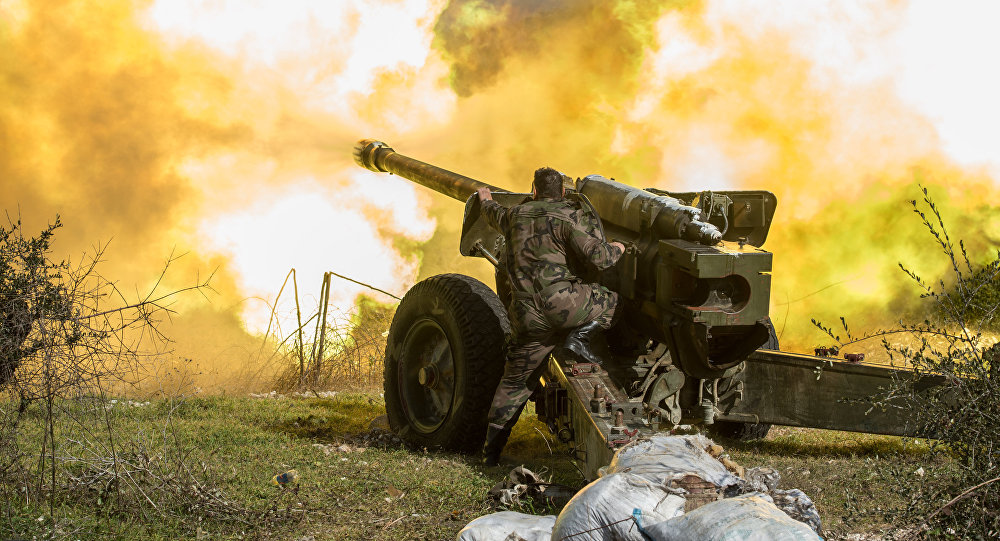 The Syrian Arab Army (SAA) resumed their attack on the northeastern countryside of the Latakia Governorate today, targeting a number of jihadist sites around the town of Kabani.

According to a field report from the 4th Armored Division, the Syrian Army repeatedly struck the jihadist defenses around Kabani this afternoon, causing heavy damage to the fortifications of the Turkish Islamic Party and Hay’at Tahrir Al-Sham.

The recent surge in attacks by the Syrian Army on Kabani comes just days after the conclusion of the Ankara peace talks.

With the peace talks out of the way, the Syrian Arab Army is preparing for another attack on Kabani in an effort to expel the jihadists from this strategic area in the Latakia Governorate.