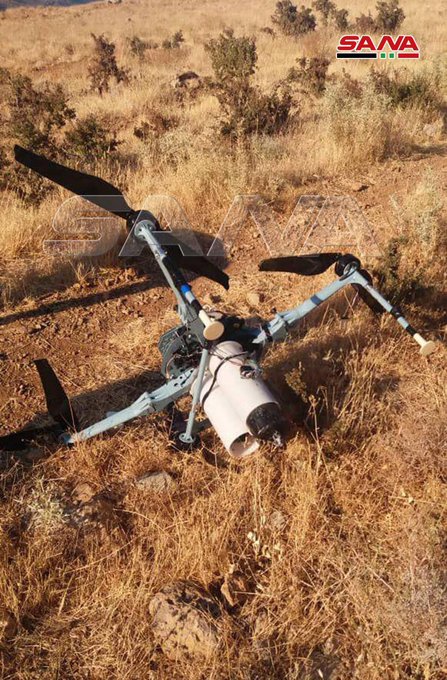 According to the Syrian Arab News Agency, special services dismantled the drone, which they managed to detect and shoot down north of the city of Al Qunaitra.

The Syrian Army has intercepted a drone loaded with cluster bombs over Jebel al-Sheikh near the Golan Heights, the Syrian Arab News Agency said on Saturday.

In addition, Syrian intelligence agencies discovered a stash of weapons, ammunition, medicine, food, and equipment produced in Israel, in the village of Barika in the suburbs of Quneitra.

​The incident comes two days after another drone interception over the Damascus suburb of Aqraba.

Israel seized control of the Golan Heights from Syria during the 1967 Six-Day War and annexed the territory in 1981, although the move was not recognised by the United Nations. In 2018, the UN General Assembly adopted a resolution urging Israel to immediately withdraw its forces from the occupied territory.