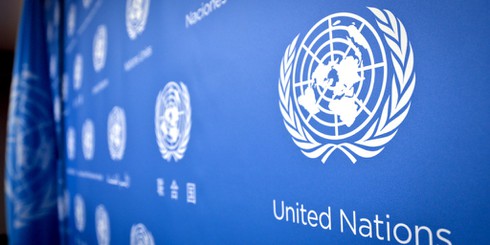 On September 23rd, the 74th annual United Nations General Assembly conference commences at U.N. Headquarters in Manhattan, New York. The General Assembly is one of six main organs of the U.N. and all 193 member states are represented.

Every September world leaders meet to discuss international issues covered by the Charter of the United Nations including international law, development, peace and security.

Hundreds of meetings will take place this week between attending world leaders on the most prominent diplomatic stage. Some topics that will be discussed include climate change, trade wars, migration, eradication of poverty, the volatile situation in the Middle East between the United States/Saudi Arabia and Iran, etc.

Although President Trump will not be attending the Climate Action Summit on Monday, having pulled out of the Paris Agreement on Climate Change in 2017, some state governors from the United States Climate Alliance will be attending and meeting with the sixty leaders that will be speaking and introducing initiatives including the net-zero carbon emissions in buildings.

Also, on Monday, foreign ministers from eighteen nations including the United States are planning to meet regarding penalizing Venezuelan’s government and increasing economic sanctions. Despite intense pressure from a US-backed and sponsored opposition movement led by Juan Guaidó which attempted to bring about “regime change” in Venezuela for the past nine months, President Maduro has retained power.

On Wednesday, Iranian President Hassan Rouhani will present a plan for creating security for the Persian Gulf and the Oman sea with the help of countries in the region, to the General Assembly.

President Rouhani along with other members of Iran’s government has been stressing that Iran is neither interested in violating anyone’s borders nor will it allow anyone to violate its borders and Iran will defend itself against any aggression. There’s been mention that a military response by Iranian armed forces would be severe and that a war with Iran would result in the mother of all wars.

It’s likely that President Rouhani will highlight President Trump’s unilateral withdrawal from the JCPOA last year and reinstating harsh sanctions under Washington’s “maximum pressure campaign” as the main sources of inflamed tensions between the two nations.

Earlier this month, when asked if he would be meeting with President Rouhani at the UN General Assembly, President Trump had said that “anything is possible” however that’s highly unlikely now considering the United States and Saudi Arabia have blamed Iran for using drones and cruise missiles on September 14th to attack Saudi’s oil facilities, the largest assault on the world’s largest oil processing plant. President Rouhani is not interested in meeting President Trump either.

Iran has adamantly denied any involvement and Yemen’s Houthi movement has taken full responsibility. And, there’s been mention that “evidence” against Iran will be presented during the U.N. General Assembly.

The United States along with Saudi Arabia, will most likely use this opportunity, much like any other that’s presented itself during the past year, to scorn, shun, and delegitimize the Iranian government and the Islamic Revolutionary Guard Corps (IRGC), a branch of the Iranian armed forces responsible for responding to any attack on Iran’s nuclear facilities.

Last week another round of sanctions was imposed on Iran by the United States targeting Iran’s Central Bank (again) and the National Development Fund of Iran. The objective with crippling sanctions has always been “regime change” by way of creating internal rift by blocking civilian access to food and medicine which could spur an uprising among the Iranian people, or an implosion brought on by economic turmoil. Although sanctions have impacted the country, they have not broken their spirit of resistance, if anything, Iran has proved that it can and will survive.

When it comes to the U.N. and its effectiveness or lack thereof, in resolving humanitarian crisis around the world, the bias it has shown nations such as Syria, Iran, North Korea, Yemen, and Venezuela, by pushing political rather than humanitarian agendas is hard to ignore.

Much like the fondness we have seen between many “first world countries” such as the United States, United Kingdom, France, Germany etc. and brutal regimes such as Saudi Arabia and Israel.

Over the span of two and a half years, President Trump’s relationship with the Saudi regime has grown and developed in a disturbing fashion. What started off as blaming Saudi Arabia for 9/11 during his presidential campaign quickly turned to making a religious pilgrimage to Israel, the Vatican, and Saudi Arabia soon after he was elected, followed by agreeing to large scale weapons deals, which the Saudi regime has used to murder Yemeni civilians for the past three years, to now increasing the presence of foreign forces in the region by sending American troops to bolster Saudi Arabia’s air missile defenses.

Quite the evolution, with each momentous development it seems that Saudi Arabia’s track record for leading the world in human and women’s rights violations means less and less. Ultimately what does matter is money.

House Speaker Nancy Pelosi  objected to President Trump’s decision to send US troops to assist the Saudi Regime saying he was “turning a blind eye”, and

“The United States cannot enable more brutality and bloodshed,” she added. “Congress will do our job to uphold the Constitution, defend our national security and protect the American people.”