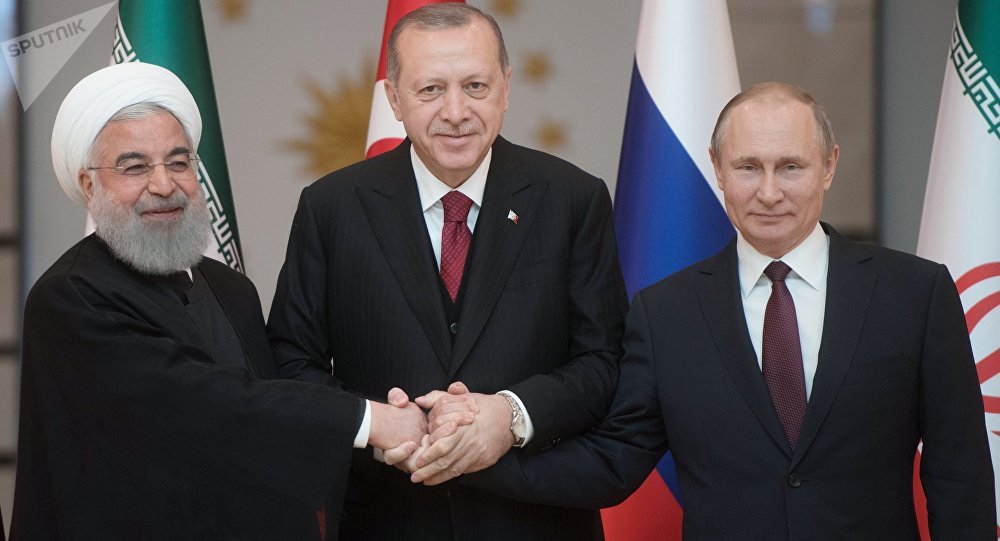 The foreign ministers of Russia, Iran and Turkey have agreed to help convene the first session of the Constitutional Committee on Syria in Geneva, a joint statement released on the official website of the Russian Foreign Ministry says.

The statement stressed that Russia, Iran and Turkey reaffirmed their commitment to the sovereignty, independence, unity and territorial integrity of Syria.

The ministers “agreed to help convene the first session of the Constitutional Committee in Geneva” and “emphasized that this crucial step will pave the way for a viable and lasting Syrian-led, Syrian-owned and UN-facilitated political process in line with the decisions of the Syrian National Dialogue Congress in Sochi and the UN Security Council resolution 2254”.

According to the release, the foreign ministers held a trilateral meeting at the UN General Assembly on Tuesday and “expressed their determination to support the work of the Constitutional Committee through continuous interaction with the Syrian parties and the UN Secretary-General’s Special Envoy on Syria”.

On Monday, UN Secretary-General Antonio Guterres announced that the Syrian Constitutional Committee had been created and said its first meeting would be convened in the coming weeks.

Syrian Foreign Minister Walid Muallem said Tuesday that Damascus had consented to the composition of the Syrian Constitutional Committee in July, but the United Nations announced its long-anticipated creation in mid-September. Many countries that “masterminded a plot” against Syria sought to hinder the committee’s creation, according to Muallem.

Muallem also stressed that the United Nations would exclusively facilitate a dialogue, without interfering in the discussions run by the committee.

The 150-member commission is expected to meet for the first time in Geneva in the coming weeks. The Syrian government insisted on amending the existing constitution, while the opposition seeks to write one from scratch.