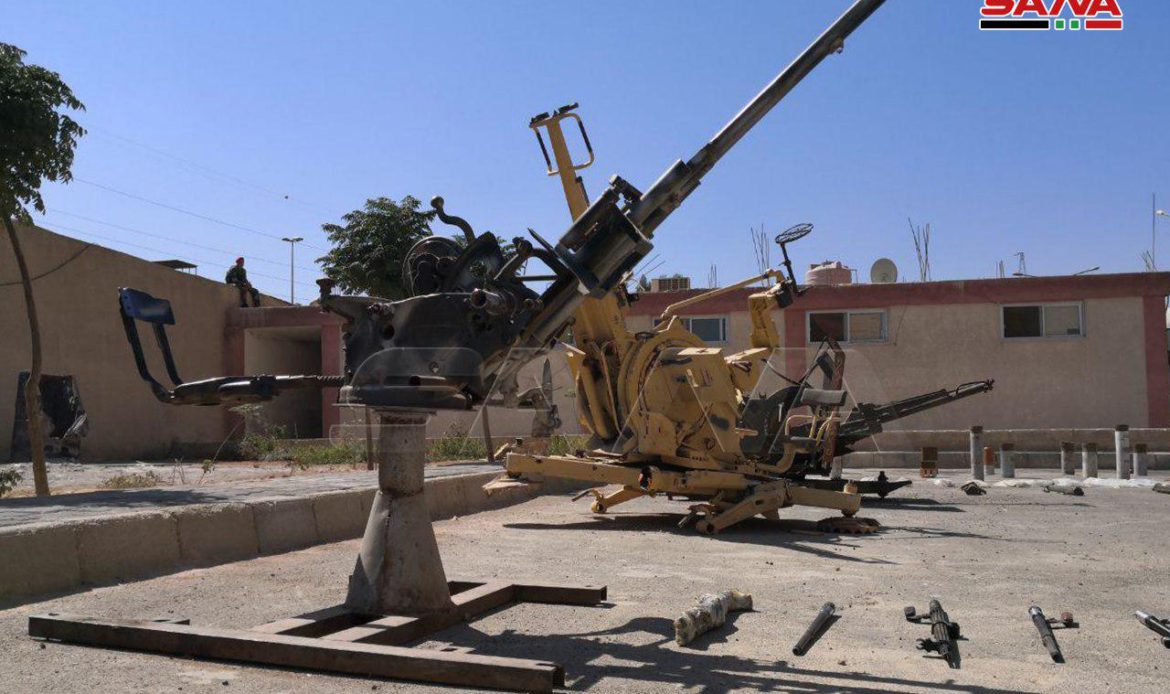 The Syrian Army troops continue a mopping-up operation in southern Syria after the entire former rebel-stronghold fell to the government forces last year.

According to a military source, a huge weapon cache has been recently uncovered in Syria’s Daraa which contains a drone, sophisticated communication devices, night vision devices and an Israeli-made vehicle.

By July 2018, the Syrian Army have gained full control over Daraa city following a series of fierce battles with rebel forces (2018 Southern Syria offensive). Although a considerable number of rebels reconciled with the Syrian government, others prefer to be evacuated to Syria’s north.

However, the reconciled militants resumed their anti-government activities; launching precise and systematic attacks against Army troops and security forces across Daraa.

As a result, The Syrian Arab Army has reinforced their checkpoints in western Daraa after a series of attacks by the Free Syrian Army (FSA) and Hay’at Tahrir Al-Sham sleeper cells.