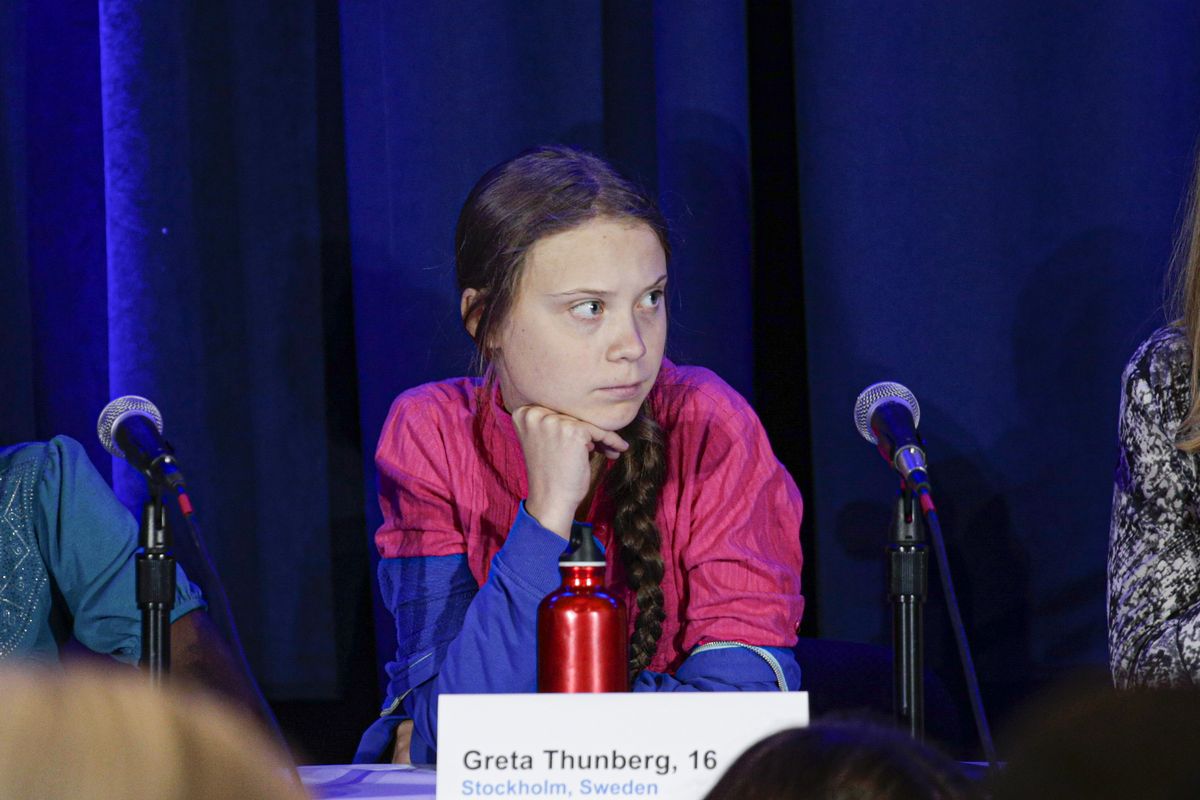 The 74th United Nations General Assembly (UNGA) is in full swing in New York this week with discussions and debates ranging from climate change to trade deals and the growing tensions in the Middle East.

A few days prior to the UNGA however, there was a climate strike that took on September 20th, Participation took place in dozens of cities around the world with the largest being in New York and led by Greta Thunberg a Swedish youth climate activist who began the “Fridays for the Future” movement last year.

On Monday, the UNGA was mostly focused on the Climate Action Summit and for the first time high-level meetings and discussions about Universal Health Care (UHC) were covered in what is considered to be the most significant political meeting on UHC thus far.

The Climate Action Summit was hosted by Secretary General of the United Nations Antonio Guterres who started his speech by saying that nature is angry and we fool ourselves if we think we can fool nature because nature always strikes back and around the world nature is striking back with fury. Young adults and children demanded a response for climate change. A few took the stage including Greta Thunberg who started her first climate strike a year ago. When asked her message to world leaders she passionately began with “my message is we’ll be watching you”… she said we are in the beginning of mass extinction, and all you can talk about is money and economic growth, how dare you”.

Mr. Guterres gave a sense of urgency that we are in a race against time and must do everything in our power to stop the climate from warming before it stops us.

After the Climate Action Summit scientists and researchers have new data to study from the Intergovernmental Panel on Climate Change. The United Nations Environmental Program delegation was in NY for the UNGA and highlighted how governments, citizens, civil society can take productive action when it comes to the environment, climate and sustainable development goals. UNEP highlights and updates are outlined on their site.

Philippian representatives delivered a statement on behalf of their country on Monday, during a meeting on Universal Health Coverage (UHC) stating that President Rodrigo Duterte passed a UHC law earlier this year that provides free basic services to all.

The Prime Minister of India Narendra Modi said that his nation will be spending $50 billion on water conservation in the new few years, signaling the high importance of water management and he also pledged to more than double India’s non-fossil fuel target to 400 gigawatts.

President Trump stated on Tuesday, that he is “ready, willing and able” to mediate the “complex” Kashmir issue if both Pakistan and India wanted him to get involved.

On Tuesday and Wednesday, a Political Forum on Sustainable Development (HLPF) took place.

Also on Tuesday, Turkish President Recep Tayyip Erdogan spoke about global injustice and highlighted a number of problems which threaten global peace and security saying, “The international community is losing the ability to find lasting solutions to challenges such as terrorism, hunger, misery, climate change” he criticized world powers for failing to take appropriate action to deal with crises around the globe. He also called for world leaders to support his plan for a safe zone to be established in Syria, he said that if the “peace corridor” is extended to the Deir El-Zor-Raqqa area that 3 million Syrian refuges can safely return home.

During his speech President Erdogan held up four maps illustrating Israel’s disregard for borders and its gradual occupation of Palestinian land. He also held up a map showing the safezone he wants to establish in Syria on his southern border. Erdogan likened the suffering of the people of Gaza to that of the holocaust.

President Erdogan also called on UN members to help support Turkey’s efforts to ensure security in Syria’s Idlib. He has mentioned previously that with or without the US’s support he will establish a safe zone on his southern borders to push back US-sponsored and backed Kurdish militias and help Syrian refugees currently living in Turkey return home.

US President Donald Trump led the Global Call to Protect Religious Freedom and introduced initiatives to end religious persecution on Tuesday, as well. During his press conference on Wednesday he proudly proclaimed that he is the first to lead a global call on this matter.

The launch of Hello Global Goals Collaboration took place on Tuesday with Japanese character Hello Kitty in the SDG Media Zone which has been a main feature of the UNGA high-level week conference since 2016. The SDG Media Zone brings together UN Member states, content creators, activists, influencers, media partners and highlights actions and solutions in support of Sustainable Development Goals. The SDG Media Zone offers impactful in-depth interviews, Ted-style talks, panel discussion and advances the 2030 Agenda, using impactful, dynamic, and in-depth conversations with decision makers, etc. Its events are live streamed on UN WebTV and focused on the main themes of the week including climate change, universal healthcare, financing for development and small island developing states.

On Thursday, a dialogue on Financing for Development (FFD) and a meeting on the elimination of nuclear weapons is taking place.

On Friday, the UNGA is holding a meeting to review progress made in addressing the priorities of Small Island Developing States (SIDS) through the implementation of the SIDS Accelerated Modalities of Action (SAMOA) Pathway.

All of this relates to the 2030 UN Agenda, which is a plan of action for people, the planet, and prosperity and is supposedly meant to strength universal peace in larger freedom, however some think this plan has a sinister underlying agenda and should be looked into further.