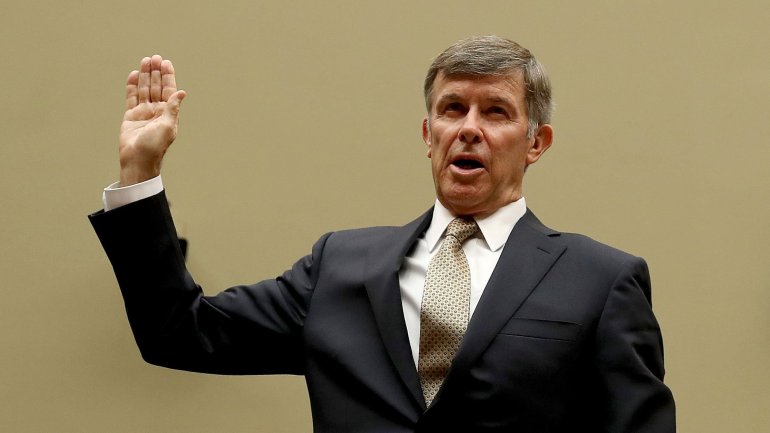 The US intelligence chief has publicly broken with President Donald Trump and some Republican lawmakers, saying the whistleblower who filed a complaint against Trump over his phone call with Ukraine’s president “did the right thing” and “followed the law every step of the way.”

The acting Director of National Intelligence, Joseph Maguire, testified for more than three hours on Thursday before the House of Representatives Intelligence Committee to discuss the complaint about a phone call between Trump and Ukrainian President Volodymyr Zelensky.

A declassified version of the complaint was released publicly by the Office of the Director of National Intelligence just minutes before the hearing began.

The 9-page document includes explosive claims about the president’s actions and efforts by the White House to “lock down” records of the July 25 call.

Maguire said during his testimony that he did not have the authority to discuss the details of the conversation between Trump and Ukraine’s President.

He also refused to say whether he discussed the whistleblower complaint with Trump.

He was  responding to a question from US Representative Jim Himes, a Democrat from the state of Connecticut.

“A privilege that I do not have the authority to waive. Because of that we were unable to immediately share the details of the complaint with this committee.”

During a tense exchange with Representative Eric Swalwell, a Democratic from California, Maguire acknowledged that “there is an allegation of a coverup.”

“But right now, all we have is an allegation — an allegation with second hand information from a whistleblower. I have no knowledge on whether or not that is true and accurate statement,” he said.

On Thursday, the White House’s released a transcript of Trump’s July 25 phone call with the leader of Ukraine that shows the US President repeatedly pressed his counterpart to investigate former Vice President Joe Biden and his son. There is no evidence of wrongdoing by either Joe or Hunter Biden.

On Tuesday, the Speaker of the US House of Representatives, Nancy Pelosi, announced the opening of a formal impeachment inquiry into Trump, saying he betrayed his oath of office by seeking help from a foreign power to hurt his Democratic rival.