Home INTERVIEWS Maduro Thinks Russia and Venezuela Can “Overcome Any Difficulties”, but Is He Right? 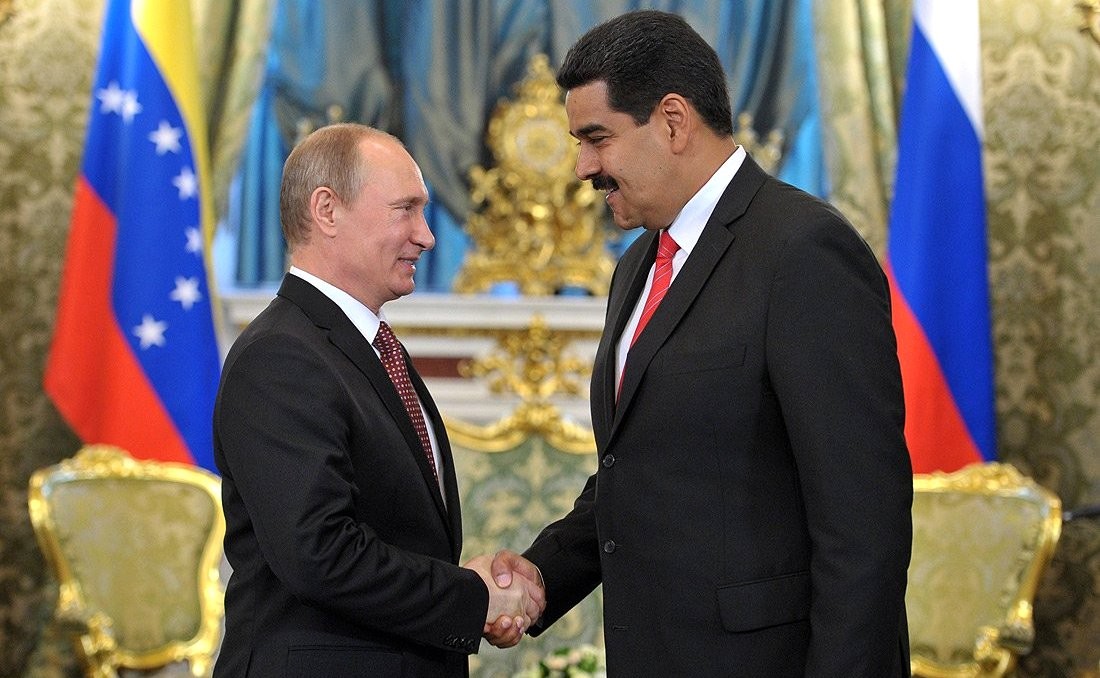 During a meeting with Venezuelan leader Nicolás Maduro held on last Wednesday Russian President Vladimir Putin said that Russia supports Venezuela’s legitimate government against the continued U.S.-backed coup led by opposition leader Juan Guaidó. However, the Russian president also said he supported the dialogue with different factions of the opposition and stressed that the rejection of talks would be harmful and unreasonable.

“Russia consistently supports all legitimate Venezuelan bodies, including the presidential institution and the parliament. In addition, we support the dialogue you, Mr President, and the government have with the opposition. We regard any refusal of dialogue as irrational, harmful to the country and a threat to the welfare of the population,” Putin said.

The Venezuelan president said Moscow and Caracas “proved that together they can overcome any difficulties.”

“We continue to cooperate in a number of areas. In May this year, a meeting of the high-level intergovernmental commission was held, and many issues that were discussed in that committee were successfully resolved. We are talking about a number of areas, such as food, health, energy, among others,” Maduro said.

The U.S. has not given up their efforts to have Maduro ousted from power, despite increasing and crippling sanctions, assassination attempts and coup attempts.  The United States Agency for International Development (USAID) announced on Wednesday that it will allocate more than $50 million to the Venezuelan opposition.

This financial aid adds to the “hundreds of millions of dollars in humanitarian assistance the U.S. Government has already provided in response to the Venezuelan regional crisis,” as well as supporting Venezuelan refugees in Colombia, Ecuador, Brazil, Peru and elsewhere in the region, added the statement.

Venezuela has been experiencing increased political tensions since January, after Guaidó proclaimed himself president of the country and gained support from the U.S. and more than 50 other states. Since Guaidó launched the sustained coup attempt against the Maduro administration, the U.S. has only increased the sanctions against Venezuela, which in turn, has completely destroyed the health sector, the same health sector that the U.S. now claims to be aiding. Over 40,000 Venezuelans since 2017 have been killed as a result of U.S. sanctions, according to a report titled Economic Sanctions as Collective Punishment: The Case of Venezuela.

“The sanctions are depriving Venezuelans of lifesaving medicines, medical equipment, food and other essential imports,” said Mark Weisbrot, the Center for Economic and Policy Research Co-Director and co-author of the report. “This is illegal under international laws and treaties that the U.S. has signed. Congress should move to stop it,” he added.

Therefore, it must be rejected that the U.S. has the well being of the Venezuelans in mind, especially since U.S. sanctions take out tens of billions of dollars from the economy, meaning the $52 million aid assistance is an insignificant amount. The aid assistance is rather to ensure that the long-sustained coup attempt that is slowly destroying the economy can be sustained.

As the Bolivarian Revolution, that began with Hugo Chávez’s (Maduro’s predecessor) election in 1999, brought an end to rampant neoliberal capitalism in Venezuela, the U.S. has taken every measure bar a military invasion to see the toppling of the ruling democratically elected government. As U.S. corporate interests were under threat in the Latin American country that has the largest oil reserves in the world, it has orchestrated and financed several coup attempts, all ultimately resulting in failure.

With Russia helping Venezuela diplomatically, it also supported the country by expanding economic and military ties. With China also taking a hands-on position by also backing the Maduro government diplomatically and economically, it demonstrates that the Age of Multipolarity has arrived where states now have options against U.S. unilateralism. However, the case of Venezuela is especially unique as it is in the Latin American region that the U.S. has since at least the mid-1800’s called it’s “backyard.” Therefore, Maduro has every right to say that Moscow and Caracas “proved that together they can overcome any difficulties.”