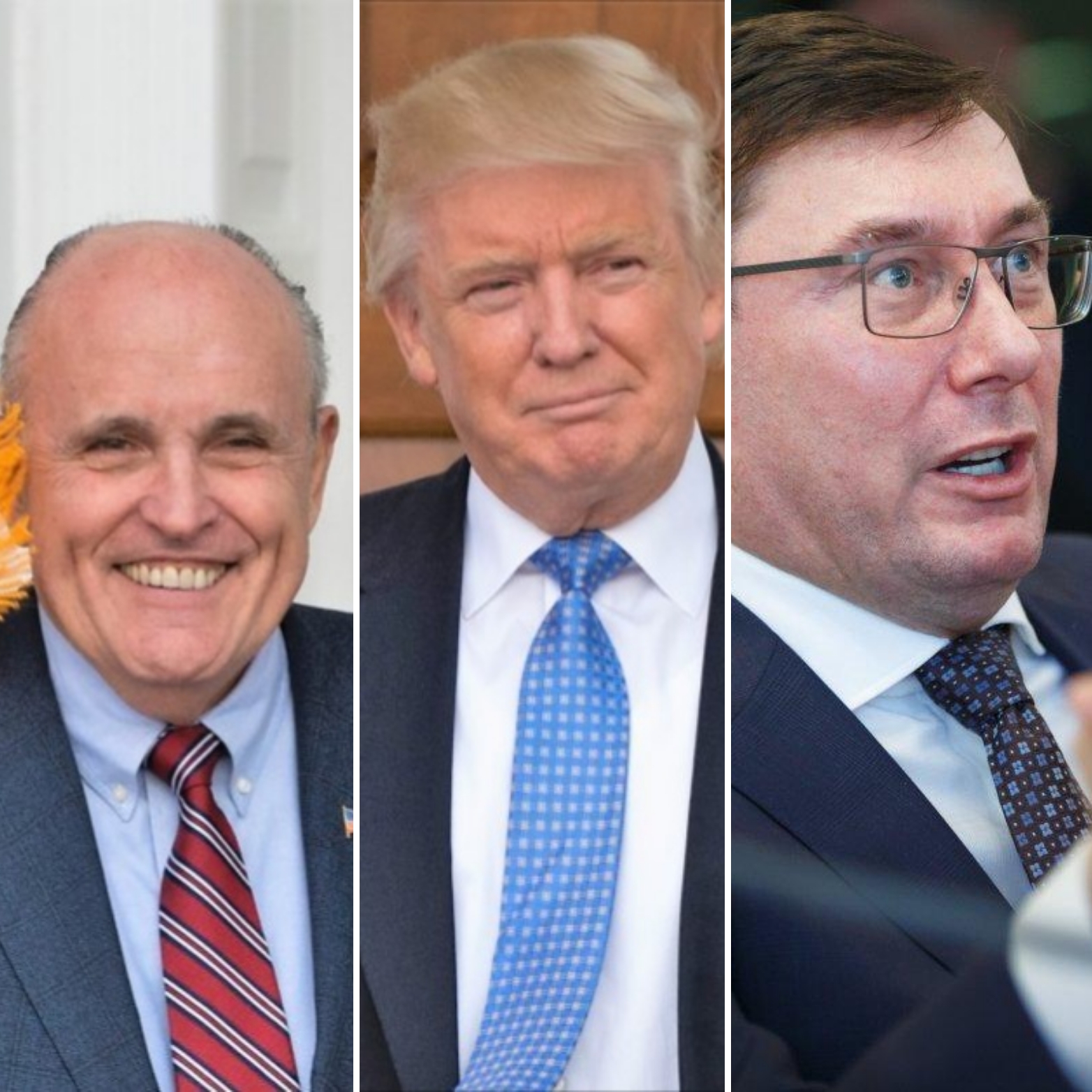 On June 13th, Trump told ABC’s George Stephanopoulos that he “would accept damaging information on his political rivals from a foreign government.” On June 21st, Giuliani tweets, “New Pres. of Ukraine still silent on the investigation of Ukrainian interference in 2016 election and alleged Biden bribery of Pres Poroshenko. Time for leadership and investigate both if you want to purge how Ukraine was abused by Hillary and Obama people.”

On July 11th, Zelensky held his first phone conversation with Putin. On July 18th, Trump issued instructions to suspend almost $400m in military aid to Ukraine. On July 25th, Trump phones Zelensky to request that Ukraine investigate the 2016 election interference and alleged corruption by the Biden family. Trump asks Zelensky to meet with Giuliani and Attorney General Barr for further discussions. On July 25th, in the evening, a post on the Ukrainian president’s website mentions the call: “Trump expressed his conviction that the new Ukrainian government will be able to … complete the investigation of corruption cases that have held back cooperation between Ukraine and the U.S.” On July 26th, senior White House officials intervene to “lockdown” all records of the phone call and load the transcript into a separate electronic server, according to the whistleblower’s complaint. On July 26th, Kurt Volker, U.S. representative for Ukraine, and Gordon Sondland, U.S. ambassador to the European Union, met with Zelensky to provide advice.

On Aug. 2nd, Giuliani traveled to Madrid to meet with a Zelensky adviser to follow-up on the call. On Aug. 9th, Trump says he thought Zelensky “will be invited to the White House.” On August 30th, Pres. Zelensky announced that foreign policy advisers to the leaders of the Ukraine, Germany, France, and the Russian Federation would hold a meeting in Berlin on Sept 2, to organize the summit in the Normandy Four. Zelensky said that during his second phone conversation with Russian President Vladimir Putin, the two agreed to meet in person as part of the negotiations in the Normandy format, to settle the Russian-Ukrainian conflict.

On Sept. 13th, at “YES” conference,  Zelensky said that he was fine with an international peacekeeping force along the Ukraine-Russia border in the east, wanted to put an end to the conflict in the Donetsk and Luhansk region of Ukraine, and said he would make troop withdrawal “a priority”. On Sept. 9th, Congress learns of a whistleblower’s complaint about the call but is blocked by the Trump administration from viewing it. On Sept. 11,-military aid for Ukraine is cleared for release by the Pentagon and Department of State. On Sept. 25th, at the UN, Trump told Zelensky,  “I really hope that Russia—because I really believe that President Putin would like to do something—I really hope that you and President Putin can get together and solve your problem,” Trump said. “That would be a tremendous achievement, and I know that you’re trying to do that.” On Sept 27th, Ukraine’s former Foreign Minister Pavlo Klimkin disputed claims by Trump concerning his rival Joe Biden to the BBC and said that Shokin was sacked for corruption. On Sept 27th, US Special Representative for Ukraine Kurt Volker,  a widely respected former ambassador to NATO, served in the part-time, unpaid position of special envoy to help Ukraine resolve its armed confrontation with Russia-sponsored separatists, resigned. “Russia pretends it doesn’t bear any responsibility. It calls this an internal problem of Ukraine that needs to be negotiated with the so-called people’s republics. This is a denial of reality,” he said. On Sept. 28th, in an interview with MSNBC News,  Lutsenko, admitted, “I don’t know any possible violation of Ukrainian law” by either Joe Biden or his son.

Lutsenko served as Ukraine’s top prosecutor after Shokin, who was fired for allowing corruption to continue. Lutsenko was speculating that Biden got Shokin fired because of Hunter Biden’s involvement in Burima, which once was a case that crossed the desk of Shokin, and had tried to ingratiate himself in providing dirt on Biden to Giuliani, in order to keep his job as Ukrainian Prosecutor General, knowing that Ukraine depends solely on the US administration for military aid.  Even though he recanted prior accusations against Biden, Giuliani and Trump marched on with their crusade against Joe Biden, seemingly dismissive of the role Lutsenko played in the events leading up to the infamous phone call, after which Lutsenko was fired. Lutsenko had a story to tell and found ears eager to hear it. While the Trump-Biden contest is playing out in the US, the Presidents of Russia and Ukraine are moving forward with discussions to end their conflict which has cost so many lives.

Because Trump depends on others to do his research, he was guided down the wrong path, which has landed him in the hot-seat of impeachment.  Trump would have been better served by turning over the original reports from Ukraine about Biden to the FBI, and any other governmental investigative unit.  However, we remember that Trump doesn’t trust his intelligence community, which has resulted in this present situation. Rudy Giuliani has not done his client any favors in his handling of the case, or the media aftermath.  Joe Biden now finds himself campaigning with a cloud of suspicion hanging over his head, regardless that the charge is baseless. Lutsenko, who it would appear as the main chef in this tasteless recipe, is out of work and discredited.