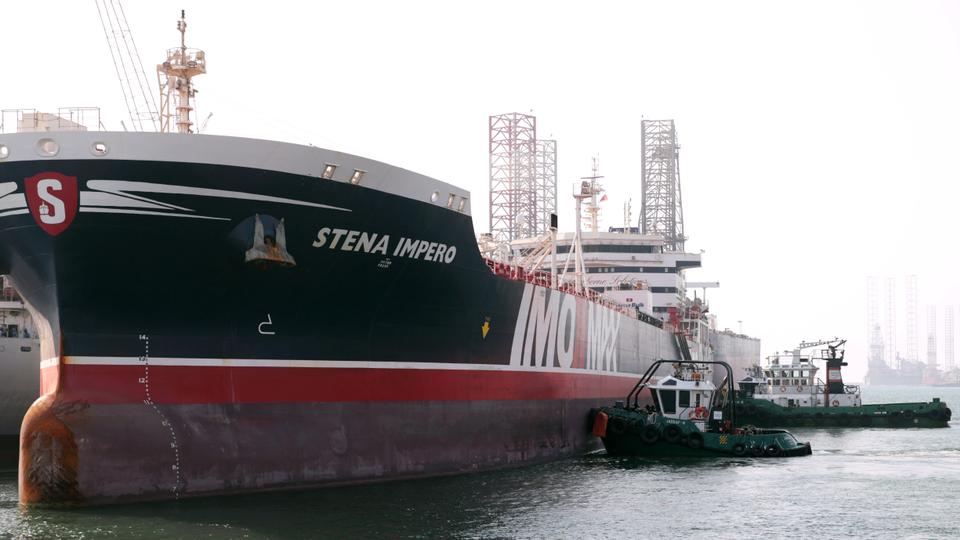 Pompeo claims Iran is transferring oil off Syrian coast, calls for international response if cargo is delivered to Damascus

The world must take action if Iran sells oil to Damascus, US Secretary of State Mike Pompeo has stated, claiming that satellite images show an Iranian tanker transferring its cargo off the coast of Syria.

In a tweet posted on Wednesday, Pompeo said there was reason to believe that an Iranian tanker, temporarily detained by British authorities in July, was selling oil to Syria, despite assurances from Tehran that it would not violate sanctions placed on the country.

“Despite Iran FM Zarif’s promise to the UK that the #AdrianDarya1 would not deliver oil to Syria, it is now transferring oil off the Syrian coast. Will the world hold Iran accountable if this oil is delivered to Syria?” he wrote. Pompeo included a satellite photograph which purportedly shows the Iranian tanker anchored near a Syrian oil refinery.

London accused Tehran on Tuesday of breaking its promise not to sell crude to the Syrian government. Iran’s envoy to the UK denied the claim, adding that the oil was sold to a private buyer who “sets the sale destination.”

In July, British Marines seized the vessel, which was then known as Grace 1, on suspicion that it was traveling to Syria in violation of European Union sanctions. The ship was released on August 15.Washington claims that the vessel’s cargo is part of an illicit operation aimed at funding the Islamic Revolutionary Guard Corps, which the US recently designated as a terrorist organization.

The maritime dispute sparked a tit-for-tat response from Tehran, which seized a British-flagged tanker in retaliation. As a result, a US-led coalition began patrolling the Strait of Hormuz and nearby waterways. Tehran has criticized the move, describing it as an escalation that threatens regional security.