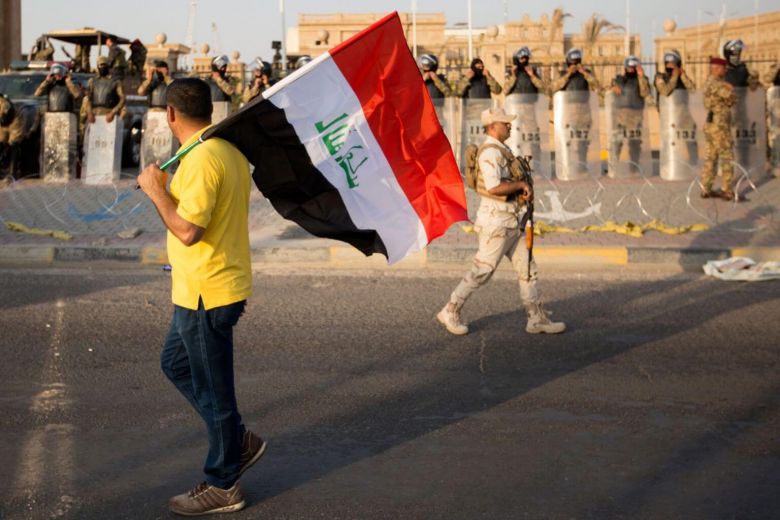 Iraqi officials have insisted that government forces did not fire directly at protesters during a brutal crackdown on anti-government demonstrations which has left at least 104 people dead and thousands more injured.

Security forces have repeatedly used live ammunition in a bid to clamp down on the wave of protests that have swept across Iraq this week. However, Interior Ministry spokesman Major General Saad Maan insisted on Sunday that government forces did not shoot directly at protesting civilians.

In a news conference broadcast on state television, Maan said that eight members of the security forces died in the violent clashes and dozens of public buildings and political party headquarters had been torched by protesters.

Several videos of wounded and distressed protesters have been widely shared on social media as the violence continued throughout the week.

The reforms cover areas such as land distribution, welfare stipends and a bid to tackle youth unemployment which currently stands at 25 percent.