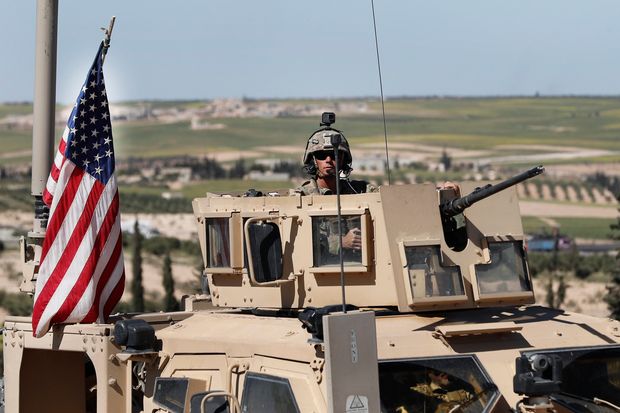 International law is clear and unequivocal. No nation may interfere in the internal affairs of others.

No foreign military of proxy force may occupy another country’s territory. No nation may attack another state without Security Council authorization — permitted only in self-defense, never preemptively for any reasons.

As a signatory to the UN Charter, international laws of war and related ones are automatically US constitutional law under its Supremacy Clause (Article VI, Paragraph 2).

Both right wings of the US one-party state repeatedly and egregiously flaunt international, constitutional, and US statute laws, pertaining to war and related geopolitical issues — the international community doing nothing to hold it accountable.

Many of its member-states partner in its wars of aggression, by other means, and/or other illegal actions against targeted nations.

All sovereign independent countries the US doesn’t control are on its target list for regime change — by brute force if other methods face.

Along with Afghanistan, Iraq, Libya, Yemen, Iran, Venezuela, Russia, China, Somalia, Cuba, Nicaragua, Donbass (Ukraine), and Occupied Palestine, Syria is in the eye of the US storm.

Its troops and proxy jihadists illegally occupy around 30% of its territory. Under both wings of its war party, the US came to Syria to stay, seeking another imperial trophy, wanting Iran isolated regionally, aiming to replace its legitimate government with US-controlled puppet rule.

All of the above is what the scourge of imperialism is all about. US rage for unchallenged global dominance is humanity’s greatest threat — at home and abroad.

CNN: Trump ignores his own warning in Syria…dec(ides) to remove the remaining American troops…”

Countless other headlines and reports are similar — no Western ones explaining Obama’s war, now Trump’s, nothing about illegal US occupation of Syrian territory, a flagrant breach of international and US constitutional law.

Fact: The US came to Syria to stay, Pentagon forces and proxy jihadists operating from around 18 bases in the country’s north near Turkey’s border and south near Iraq and Jordan.

Fact: Trump is redeploying US forces in Turkey away from Turkey’s border, not withdrawing them from the country as falsely reported.

A White House statement said the US will neither support or be involved in Turkey’s planned cross-border offensive against Syrian Kurdish fighters — US proxies against Damascus.

On the same day, Turkish Hurriyet News reported that the Pentagon “shut Turkey off on Oct. 7 from the air space in northeastern Syria, taking a series of actions that reduce the possibility that Turkish jets could support a planned military operation there,” adding:

US troops were redeployed away from the “security mechanism area between Tal Abyad and Ras al-Ayn in (Syria’s) north.”

“There’s no change to our military posture in the northeast,” including Pentagon control of its airspace.

“the Turkish regime’s army on Monday evening launched an assault on a number of areas in Hasaka northeastern countryside,” adding:

“We have a common position on Syria. It is necessary to complete the rout of the terrorists groups in that country.”

“We agreed to continue focusing on these issues of Syrian settlement in the Astana process, which was recently joined by Iraq as an observer.”

“We have common views on ways of deescalating tensions in the Persian Gulf area.”

He said nothing about illegal US occupation of northern or southern Syrian territory. Nor did he address Turkey’s planned cross-border aggression along areas bordering both countries.

“US is an irrelevant occupier in Syria—futile to seek its permission or rely on it for security.”

“Achieving peace & fighting terror in Syria will only succeed thru respect for its territorial integrity & its people.”

In 1998, both countries adopted the Adana Interstate Agreement on Combating Terrorism — Damascus vowing to prevent terrorist elements in its territory from threatening Turkey.

Endless US-led aggression in Syria for regime change continues because bipartisan hardliners in Washington oppose restoration of peace and stability to the country.

Trump is captive to dark forces controlling him in charge of US geopolitical aims  — continuing on his watch without letup.