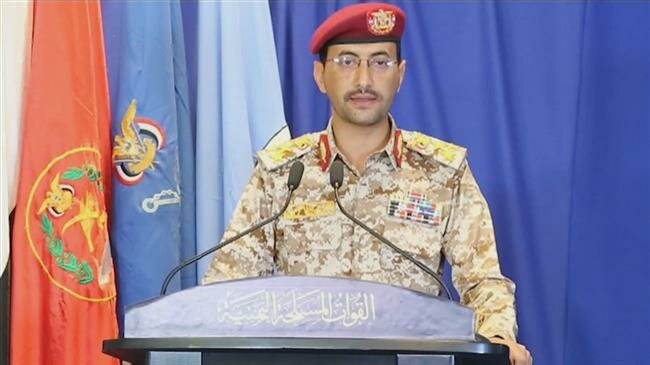 The spokesman for Yemeni Armed Forces says Yemeni Army troops and allied fighters from Popular Committees are fully prepared to counter any threat posed by the Saudi-led coalition of aggression and retaliate against any act of animosity.

Speaking at a press conference in the capital Sana’a on Tuesday afternoon, Brigadier General Yahya Saree said Yemeni forces are fiercely committed to deal with any act of aggression, irrespective of its intensity and extent, the media bureau of the Houthi Ansarullah movement reported.

Saree added that Yemeni Armed Forces would respond appropriately to any act of hostility, and that air defense units will confront any sorties of the enemy, whether they are aimed at bombardment or reconnaissance purposes.

He pointed out that Yemeni troops will spare no efforts to stop the brutal Saudi-led aggression and alleviate the sufferings of the Yemeni people, emphasizing that the armed forces will never compromise on Yemen’s sovereignty and the dignity of the Yemeni nation.

The spokesman for the Yemeni Armed Forces went on to say that Yemeni soldiers and their allies have emerged victorious in more than 40 battles against Saudi-led forces, and have captured scores of Saudi and Sudanese troops.

“Hundreds of military vehicles have either been destroyed or seized from the enemy during the operations. The Yemeni army is growing stronger day by day, and ‎conducting more successful military campaigns against the enemy,” Saree highlighted.

Many Saudi soldiers were also taken captive in the operation.

Saudi Arabia and a number of its regional allies launched a devastating campaign against Yemen in March 2015, with the goal of bringing the government of Hadi back to power and crushing the Houthi Ansarullah movement.