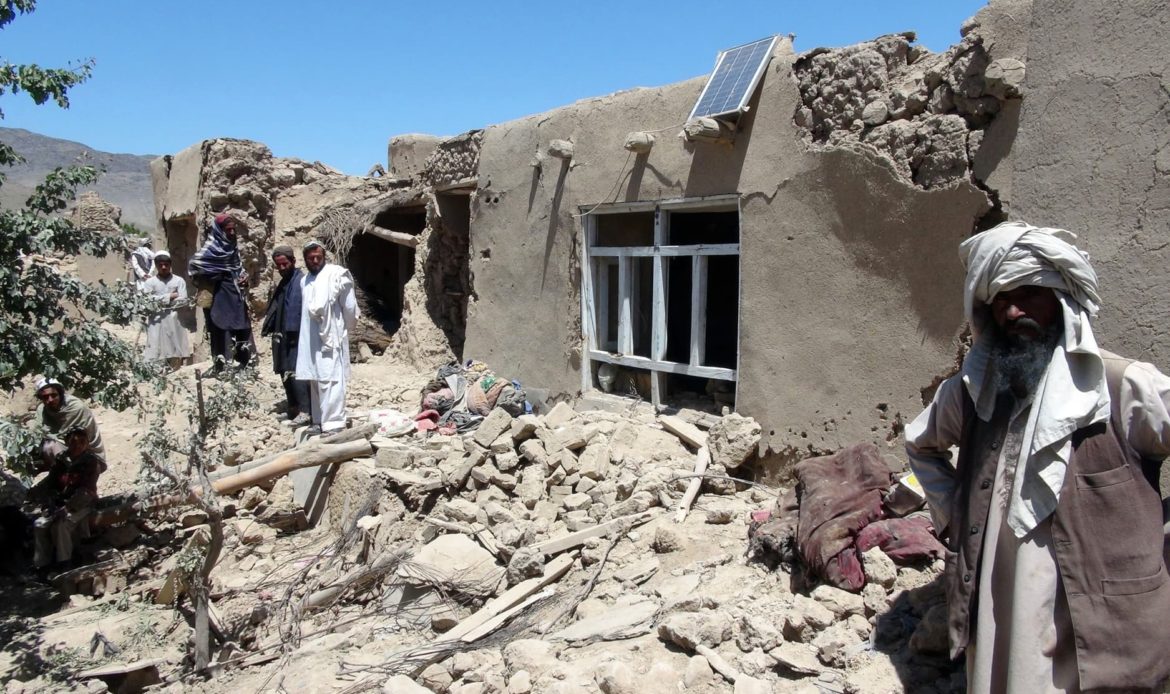 FILE - In this Wednesday, June 6, 2012 file photo, Afghan villagers gather near a house destroyed in an apparent NATO raid in Logar province, south of Kabul, Afghanistan. Afghanistan's president says the US has put the two countries' pact at risk with a unilateral airstrike that killed 18 civilians, as a Taliban suicide bomber kills 4 French soldiers. The violence and the dispute highlight the muddled nature of the international mission in Afghanistan as NATO countries try to shift to a training role in a country that is still very much at war.(AP Photo/Ihsanullah Majroh, File)

US airstrike in Afghanistan in May killed 30 civilians

A US airstrike that was carried out in Afghanistan in May and was said to have targeted Taliban militants in fact killed at least 30 civilians, a United Nations (UN) probe has found.

The United Nations Assistance Mission in Afghanistan (UNAMA) conducted the investigation over four months looking into what happened on May 5 when the US military bombed dozens of sites it had identified as Taliban methamphetamine labs.

Soon after the strikes in the Bakwa district of Farah Province, and parts of the bordering Delaram district in Nimroz Province, UNAMA said it began to receive reports of “significant civilian harm.”

After a fact-finding mission to some of the impact sites and face-to-face interviews with 21 people impacted by the strikes, UNAMA said it had “verified 39 civilian casualties (30 deaths, five injured, and four undetermined), including 14 children and one woman, due to the 5 May air strikes.”

The agency said it had also received “credible information” about an additional 30 deaths — mostly women and children — and was working to further verify these claims.

UNAMA had previously blamed both the US military and Taliban militants for a spike in civilian deaths in Afghanistan. In its annual report, UNAMA said that civilian deaths in 2018 had increased 11 percent compared to 2017, with 3,804 people killed, including 927 children.

The US invaded Afghanistan in October 2001 and overthrew a Taliban regime in power at the time. But US forces have remained bogged down there through the presidencies of George W. Bush, Barack Obama, and now Donald Trump.