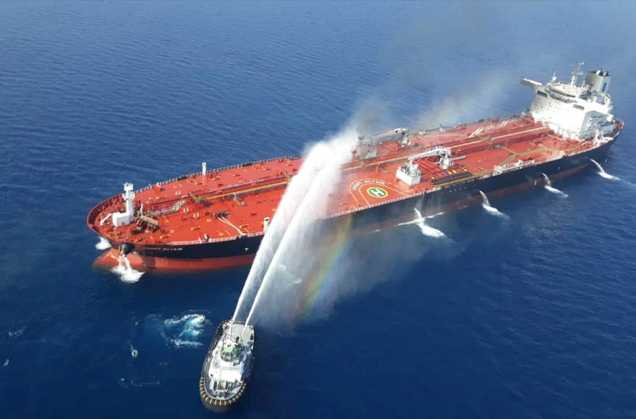 The price of crude oil rose sharply on Friday morning after Iranian officials said that two rockets had struck an Iranian tanker traveling through the Red Sea.

The oil tanker Sinopa, owned by the National Iranian Oil Company (NIOC), was traveling through the Red Sea when it was struck offshore the Saudi Arabian city of Jeddah. NIOC told NBC that the tanker was hit by two explosions at 5:00am and 5:20am local time.

The ship suffered heavy damage and was leaking oil into the water, sources told Iran’s News Agency ISNA. The tanker’s crew wasn’t hurt in the incident.

The incident follows the September 14 attacks on two Saudi Arabian oil processing plants that knocked out more than half of the kingdom’s crude output, causing a spike in oil prices.

Yemeni Houthi rebels, who have been fighting Saudi troops since 2015, claimed responsibility for the attack, but Riyadh and its ally Washington pinned the blame on Iran – a claim which it vehemently denies.

Tensions have escalated lately in the Strait of Hormuz, the world’s most important oil chokepoint, which is a gateway for almost a third of all crude oil and other petroleum products carried by tankers.